Losen Records: Jazz Around the World

By Jakob Baekgaard
September 29, 2015
Sign in to view read count
Since the beginning, the Norwegian label Losen Records, which is run by the indefatigable Odd Gjelsnes, has not been satisfied with a replication of the so-called Nordic sound. Instead, Gjelsnes has literally spread himself around the world, with albums recorded in Australia, Sweden, South Africa, Norway and Spain. Gjelsnes is a true world citizen and the music on Losen reflects this. The following six releases cover a wide range of genres and sounds, but they all have one thing in common: quality. 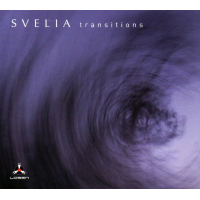 Svelia is a band of musicians with ties to Sweden and Australia. On their album, Transitions, they are able to combine hushed lyrical beauty with avant-garde excursions and rhythmical energy. An example is "Fragmented Memories." It starts with rolling waves of piano and rustling percussion and singer Casey Moir's spiraling voice, like a scat-singer on a carousel, but then something happens: a regular groove emerges with bass and trumpet. However, it does not stay that way for a long time. The trumpet hisses like a balloon losing air as a piano starts to twinkle, but the soft piano chords are interrupted by sudden Dadaistic explosions before Moir lets the song end with a soothing wordless lullaby.

Casey Moir is able to sculpt her voice like an instrument while the members of the band take the music in different directions. The mood changes and the music ebbs and flows, but it feels like organic movements born out of necessity rather than aimless experiments. Svelia is creating a world of sound that is all their own, but it does not become hermetic. Instead, it is music that reaches out and wants to communicate with all the diverse emotions in the human vocabulary. 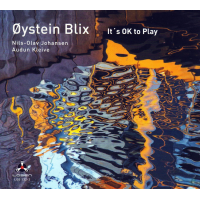 Like Svelia, trombonist Øystein Blix also traverses the difficult path between accessibility and experiments with success. On his debut as a leader, It's Ok to Play, he is joined by guitarist Nils-Olav Johansen and veteran drummer and percussionist Audun Kleive, who also adds subtle electronic sounds.

There is a lyrical feeling of wide open landscapes on the album where Blix blows soft, long tones on his instrument while Nils-Olav Johansen's twangy guitar sometimes is reminiscent of Ry Cooder playing on the soundtrack to Paris, Taxas (Warner Bros, 1989). This inspiration is especially clear on the appropriately titled "Road Movie."

Kleive's rhythmical energy prevents the music from growing completely into silence and his percussive patterns on the title track blends echoing electronic beats and oriental drum sounds to a point where it becomes hard to distinguish between the acoustic and electronic sources. On "Falk i svev" he plays a gong with meditative sounds of blowing wind in the background. It takes a while before Blix enters with a deep blue trombone line that disappears without a trace, like lines written in water.

This is modern day blues and world music echoing through hills, mountains and rivers. Blix, Kleive and Johansen are subtle sound explorers who know the importance of silence. When they do play, it is more than ok. 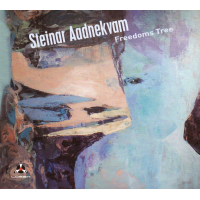 Acoustic guitarist Steinar Aadnekvam is a musical explorer like Øystein Blix, but he travels to more exotic places on Freedoms Tree (sic) where his musical past in Brazil shines through on "Viva Sagui," with bird voices and Aadnekvam's soft scat voice delivered in fast pace along with his guitar lines. Indeed, the opening title "Cold Shower" is deceptive. There is nothing cold about the warm groove that opens the record. Instead, the leader's nylon string guitar and breathy vocals complement the elegant playing of the rhythm section.

On "Hillside," the good feeling continues with Peter Fredman's dancing flute motifs and lively percussion. The full crossover potential of the record is revealed on two fine pop confections, "You are my Sunshine and my Smile" and "Dare to Dream," where Aadnekvam successfully tries his luck as a singer. On Agredecendo, he steps aside and lets violinist Santiago Jimenez Borges swirling violin take the spotlight.

There is also room for a funky little tune with a deeper message. In the notes, Aadnekvam describes his reason for writing the piece "Ecology": "'Ecology' is an alarm call about the state of our planet. Its 12/8 afro groove holds a 'broken' blues chorus and its lyrical passages remind us what is beautiful, while its cutting rhythms and suggestive mood remind us of the urgency of our collective problem."

However, problems are not at the core of the album. Freedoms Tree is a smooth record that is easy on the ear. 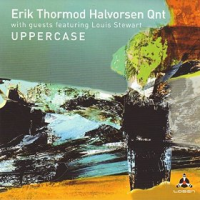 Trumpeter Erik Thormod Halvorsen is another musician with a talent for writing catchy themes. At the age of 64, he presents a debut filled with musical talent and sense of tradition. His love of bossa, bop and big band music shine through, but the most surprising thing is the genre-bending delicacy of the opener "Sweet Martina." It opens as a ballad with marching drums and muted trumpet before it becomes a soulful piano vamp with nods to Marvin Gaye, but the changes continue as a drum break announces a section with inspiration from Miles Davis' "Milestones." It is a piece full of musical discoveries and joy of playing where the multiple voices and sophisticated arrangement reveals Thormod Halvorson's long life as a big band-player.

Thormod Halvorsen is also fond of the standards and delivers a sprightly version of "Love for Sale," with punchy horn lines and Latinized piano rhythms, and saxophonist Rune Nicolaysen shines with a swinging solo. On "E.T.H. Bossa Nova," Nicolaysen gives his own personal take on a familiar genre and begins the composition as a smoky ballad before the instantly recognizable Brazilian rhythms break through.

There is also a healthy dose of bop. "Kari i Nice" is Thormod Halvorsen's homage to the music made famous by Charlie Parker, complete with unison horn lines while Horace Silver is represented by the slowly swinging ballad "Out of the Night Came You."

Erik Thormod Halvorson has said that he chose the title of the album, Uppercase, because he believes in clean speech and clean and simple lines. The album speaks clearly with a passion for music that is hard to resist. 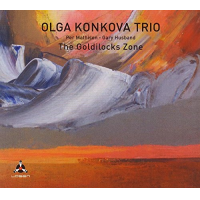 Olga Konkova is also a pianist that is able to get completely into the music and together with bassist Per Mathisen and drummer Gary Husband, she enters what she calls The Goldilocks Zone. To her, "it's a place in the human soul where beautiful thoughts are born and nourished."

Beauty takes many shapes on the album. For instance, "The Retina Nebula," which is part of the "The Goldilocks Zone Suite," starts with broad and bombastic strokes from drums and piano, but also enter a quit and lyrical territory where the piano gently sings, but there are massive forces at play in the piece where an inspiration from Thelonious Monk is felt in Konkova's playing.

However, Konkova cannot be connected with a particular musical school. Her music has the deep pathos of the Russian masters like Rachmaninov, whose rolling thunder is referenced in the beginning of "People of Bwiti," but there is also a fairytale-like beauty that becomes almost ethereal on the hushed, echoing chords of the opening of "Kepler 22B" where Husband lets the cymbals whisper.

The choice of Gary Husband adds drama and development to the musical narrative and Mathisen's grooves are solid and deep. His huge tone anchors the compositions. He does not drown in the big sound of Konkova and Husband, but contributes to the almost orchestral sound of the trio. The Goldilocks Zone is a special record that creates its own musical universe. 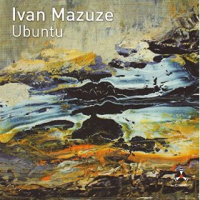 Sometimes you just have to surrender completely to a song. This is the case with the wonderful "The Republic of Dongo" by South African saxophonist Ivan Mazuze. There's a fast-paced rhythm from the start, with drummer Frank Paco in charge, while Mazuze blows away on his horn before the music explodes in a break and Peter Ndlala's elastic, funky basslines announce a slower rhythm and Mazuze plays a melodic riff that is simply irresistible, with its sophisticated expression of a musical joie de vivre.

The song is one of many great pieces on the album Ubuntu. It brims with rhythm and melody and features various 6/8 time signatures from Africa. Ubuntu is a South African word (Xhosa, Zulu) and refers to a quality connected with human virtues, such as compassion and humanity. This is reflected in the warm sounds, the energy and the joy of the music. It is music that connects rather than divides.

The album features the guitar of Jacob Young, a surprising guest for those who know Young as a signature ECM-artist. However, his warm acoustic guitar suits a composition like "Kulhula" perfectly and his electric guitar playing on a rhythmically vibrant composition like "Hamba Kahle" is congenial.

The meeting between Young and Mazuze on Ubuntu underlines that music knows no geographical boundaries and the same can be said about Odd Gjelsnes' Losen Records. His label has become a truly international project simply based on the love of good music.

It's OK to Play

Tracks: Cold Shower; Hillside; Viva Sagui; You Are My Sunshine and my Smile; Agradecendo; Ecology; Come with Me; Dare to Dream.