Mn'JAM experiment: Live with a Boom 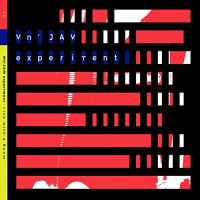 Can computers be programmed to improvise? That's just one of the questions you'll consider in response to Live with a Boom, the first multimedia presentation by Melissa Oliveira de Sousa and João Artur Moreira (JAM) with other like-minded colleagues in the Mn'JAM experiment.

You can trace the modern, global (perhaps post-modern, post-global) sound of Oliveira's ensemble back to their credentials: Belgian drummer Tuur Moens teams with José Carlos Barbosa, one of Portugal's most sought bassists, on double-bass to rhythmically supplement turntables manned by Portuguese native JAM, who studied jazz at the New England Conservatory and jazz composition at the Rotterdam Conservatory. Miguel Amaral (Portuguese guitar), Vixilio da Silva (guitar) and bass clarinetist Joris Roelofs, the first non-American to receive the Stan Getz/Clifford Brown Fellowship Award, serve up jazz, rock and jazz-rock fusion solos. Bandleader and vocalist Oliveira, an Australian native who studied at Berklee, a classical conservatory in Portugal, and completed her master's degree in jazz performance at the Royal Conservatory of the Hague, oversees the collective.

Much of this music, such as "Printer" and the opening "R2D2," seems simultaneously inspired and propelled by technology. Even so, Moens' dynamic, quicksilver rhythms and Oliveira's fetching voice conjure its most powerful magic. They collectively take the abstract thoughts of Radiohead's "Optimistic" even further out, with the leader's quiet vocal standing as a strong, tall pillar in the midst of the swirling samples, beats and other electronics, scatting and meowing and disappearing like a hip jazz cat.

"Pensamentos," Oliveira's dreamy recitation of a poem by Portuguese poet Fernando Pessoa, sounds like she's reminding herself of something she once remembered, and the group's arrangement builds up a bright if brittle melody behind "Maio Maduro Maio" by Portuguese folk music legend José Afonso.

Live with a Boom concludes with two even more inventive reimaginations. Bass and drums abstract the original rhythm and melody of Bill Withers' iconic blues grind "Use Me," while Oliveira coos and purrs Withers' rootsy vocal into a softer, more slithery sound; the CD closes with her dramatic voices-only reimagining of the Gershwin's "It Ain't Necessarily So" as a bonus track.

Watching the Live with a Boom DVD (from which the audio directly comes) delivers an even broader and deeper musical experience: It comes in nine different languages and provides an overview documentary, track-by-track documentaries, an introductory video on the band's songwriting process, and 5.1 surround sound.