Released in March 2018, ‘Nebula’ is a full album dedicated to the vivid dream Tuur had about the universe and his home town. Full of special and sentimental value for Tuur, the album features Portuguese accordionist João Frade, Brazilian Munir Hossn on bass and acoustic guitar, Belgian Thomas Maasz on the grand piano and Spanish Jorge Pardo, a special guest on the flutes.

Most praised for his unique style and unerring consistency as a drummer, Tuur has developed a highly diversified artistic palette ranging from jazz and latin to African and Brazilian music. He mesmerizes audiences, performing in a deeply charged pace that begets soulful perfection. His love for travel complemented with opportunities to perform live in various countries continue to expose him to differing styles and rhythms which had initially lead to the development of his signature style and is part of the reason why the powerful, innovative and creative core of his music speaks perfectly to the demands of the new collective music.

Born in 1985 in Duffel, Belgium, music has been a pervasive presence in Tuur’s upbringing, during which his father, passionate for the blues, played the guitar and drums while his mother was immersed in her love for world music. She would take Tuur as a child to an annual world music festival, Sfinks, where Tuur could admire big names like Ali Farka Touré, Salif Keita, Youssou N’Dour, Mori Kanté, Baba Maal, Goran Bregovic, Buena Vista Social Club, Rubén Gonzáles…

Tuur reminisces about laying on the couch as a child, listening to Miles Davis, Bobby Mc Ferrin, Salif Keita, Paul Simon, Gilberto Gil, Tower of Power, Wayne Shorter, and such varied influences. After hitting improvised paper boxes, mother's pans and “Fisher Price” drum sets at the age of 3, and later taking over daddy’s drum set on the attic, Tuur’s formal musical journey began at age 8, when his parents subscribed him for classical percussion at the music academy of Mechelen (BE).

After continuing his studies at the Lemmens Institute in Leuven (BE) and later on Dé Kunsthumaniora in Antwerp (BE), department jazz and pop, Tuur decided to move to The Netherlands to delve more into jazz and world music. During his studies at the Rotterdam Conservatory Codarts from 2005, Tuur has attended several workshops and masterclasses with some of the world’s finest musicians, such as: Richard Bona, Ernesto Simpson, Joshua Redman, Horacio “el negro” Hernandez, Hidalgo, Ed Soph, Randy Brecker, Dave Liebmann, Dave Valentine, Cyro Baptista, Nosso Trio, Kiko Freitas and many more.

On March the 22nd 2009, Tuur got awarded with the Erasmus Jazz Price.

Tuur had prospered rapidly as a young musician and had already began playing concerts at the young age of fifteen performing abroad with a few of his bands, such as his percussion duo, in Sweden, Denmark and Germany. During his studies at Codarts, Tuur started to find his place in the global music scene and started touring quite soon with diverse bands, invited by a Dutch jazz saxophonist Ben van den Dungen: State of Monc, Cameroonian singer Ntjam Rosie and Mozambican singer Neco Novellas. He attended major music festivals like Java Jazz Festival in Jakarta, Indonesia, Ollin Kan Festival in Mexico City, Bangkok Jazz in Bangkok, Thailand, Shanghai Jazz Festival in Shanghai, China, various Sesc music festivals in Brazil, North Sea Jazz Festival (since 2009-2017 every year) in Rotterdam, The Netherlands, Jazz au Chellah festival in Rabat, Morocco, among others.

In the following years Tuur remained very active in the music scene with artists like Ntjam Rosie, State of Monc, Rogier Teldeman Trio, Teus Nobel etc., but it was in 2012 that he created a band of his own, Tuur Moens & Syndicate: an 11- piece fur band of international musicians. With this project he recorded, produced and released the EP album ‘Clockwise’. The same year as the album release, Tuur performed with his syndicate at the North Sea Jazz Festival (2012), Breda Jazz Festival and Delft Jazz Festival. Due to busy schedules and band members that no longer lived in The Netherlands, it became rather difficult to continue the development of this band, so Tuur decided to stop the project in 2013.

Over the years, Tuur's style of composing has evolved considerably.

Since 2014, Tuur has been focusing on composing his own music while remaining active as a sideman in several bands such as Rogier Telderman Trio, trumpet player Teus Nobel, Munir Hossn, Mn’ Jam Experiment, Ntjam Rosie, Dina Medina where he takes the drum parts and some arranging roles for his account in various albums, like ‘Elle’, ‘At the back of Beyond’, ‘The One’ of Ntjam Rosie, ‘Contours’ of Rogier Telderman Trio, ‘Pegam na Mô’ of Dina Medina, ‘Social Music’ of Teus Nobel, ‘Live with a boom’ of Mn’ Jam Experiment (CD & DVD) etc.

It was in 2016 that Tuur was asked to be a regular drummer with the Capeverdian singer Lura, a new challenge that opened new international roads. 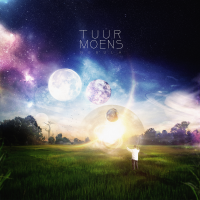 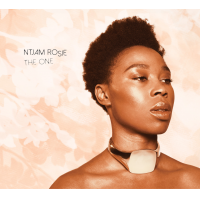 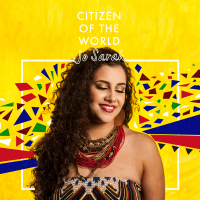 Citizen of the World 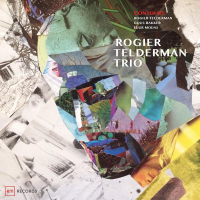 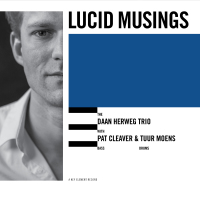 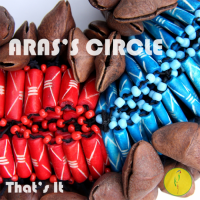 From: Nebula
By Tuur Moens 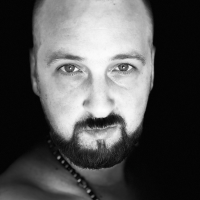 All About Jazz musician pages are maintained by musicians, publicists and trusted members like you. Interested? Tell us why you would like to improve the Tuur Moens musician page.