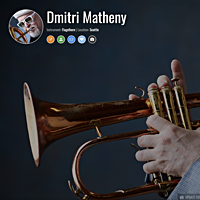 Thinking about upgrading your musician page from standard to premium? If so, here's another important benefit worth considering... All About Jazz links are the most powerful backlinks to your website and your social media pages. Here's why: Authority AAJ has a Domain Rating (DR) of 82 at Ahrefs All About Jazz is ...

Amazing Musicwomen Ensemble Jazz Vocalist/Historian Joan Cartwright and her ensemble trace the origins of Jazz from the West Coast of Africa to the clubs of Harlem. This presentation highlights the life, times and tunes of America’s premiere Blues and Jazz Women from Bessie Smith to Betty Carter and beyond. Selections include compositions of Duke Ellington, Fats Waller, Billie Holiday, Cole Porter, Norman Mapp and Joan Cartwright. (1-2 hours)

Free Webinar for Jazz Musicians: How to build a professional website for your music on September 29th at 1pm EST 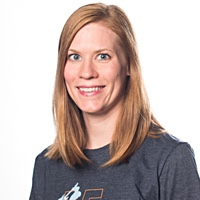 Have you considered building a new or relaunching an existing website but don’t know where to start? If so, attend the All About Jazz-sponsored Bandzoogle seminar and learn the ins and outs of building a beautiful website that perfectly communicates the essence of you and your music. Join Melanie Kealey from Bandzoogle on September 29th, 1pm ...

A true musical citizen of the world committed to bridging longstanding cultural divides, Stockholm, Sweden based singer, songwriter and guitarist Marius Billgobenson has created a soulful and empowering fusion of jazz, blues, pop, R&B and the dynamic rhythms and vocal sounds indigenous to his homeland of the Congo. His invigorating blend of jazz instrumentation and African music seeks to bring awareness of disenfranchised communities. Starting with the release of his 2017 debut album The Sum of My Pardon, the multi-talented artist – also an award-winning anthropologist with intense interests in ethnomusicology and curating cultures - has used jazz as umbrella to bring about intellectual dialogues

Recognized for his “glowing mahogany tone” and “breath-taking” performances, Indian saxophonist Wesley Crispus “is at the forefront of musicians of his generation in his display of the highest level of both artistry and pedagogy.” Wesley Crispus is the first Indian saxophonist to earn Teaching Diploma, capturing Distinction at the 2020 London College of University. Mr. Crispus has an ongoing relationship with APL Global School as an Educator, having performed with the bands in Madras Museum Academy, Music Academy, and at the KM Conservatory. He has worked with notable musicians including Maarten Visser, Matt Littlewood, Holger Jetter, among others. Crispus is an endorsing artist for Yanagisawa instruments, D’Addario Woodwinds, Meyer Mouthpiece, and Key Leaves.

Make Someone Happy: Sponsor a jazz musician at All About Jazz

Pay it forward All About Jazz has developed a program where readers can support their favorite musicians by sponsoring the upgrade of their professional page. This greatly raises awareness of them and their music for a full year. You can help promote a jazz musician, help them sell their music and support All About Jazz in ...

Award-winning saxophonist and composer Julian Argüelles plays a unique mix of exciting British contemporary jazz infused with Spanish rhythms, South African grooves, brass band and classical influences. An exceptionally gifted musician, he has been compared to sax legends Wayne Shorter and Charles Lloyd, while his on-stage chemistry with the Julian Argüelles Quartet has been likened to Keith Jarett’s renowned 1970s line-up. Argüelles’ rapidly growing audience, built over the past 30 years, has an extraordinary reach for a jazz artist. His concerts attract a wide ranging age from early 20s upwards

Described by her mentor Claire Martin OBE as “A wonderful singer with a great musical ear and natural jazz feel.'', Fleur Stevenson is one of the new breed of jazz singers, known for her velvet tone, imaginative improvisation and sparkling presentation. She enjoys collaborations with many of the UKs top musicians including Gareth Williams, David Newton, Brandon Allen, Frank Harrison to name a few. She performs at many prestigious venues across the UK, including the legendary Ronnie Scott's Jazz Club, 606 Club and Pizza Express Jazz Club, Soho. Fleur's forthcoming album ''Follow Me'' features arrangements of well known standards, as well as jazz arrangements of some lesser known vintage pop songs