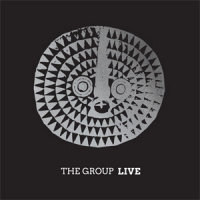 What quirk of fate governs whether or not a band captures the public imagination? A star-studded lineup? A strong set of tunes? Or just the good fortune to be in the right place at the right time? For The Group—a stellar mid-'80s aggregation of New York City avant talent—all these preconditions seemed to be in place, yet still it was unable to garner the recording date which would have cemented its place in the jazz annals. Consequently, after a few thankless years, the members followed other more fruitful paths and the unit became just a little known footnote in the free jazz narrative. Until now.

As part of the Lithuanian No Business label's ongoing mission to excavate the more obscure strata of the loft jazz years, this clearly recorded live session from 1986—representing the outfit's fifth gig—has finally surfaced. While not as illuminating as the staggering Centering (No Business, 2012) collection, by bassist William Parker, this generous, 76-minute set both fills a gap in the discographies of the participants and documents a slice of history.

And it is an all-star cast, featuring a roster of established luminaries alongside up-and-coming names. First among equals is alto saxophonist Marion Brown, still famous for his appearance on John Coltrane's seminal Ascension (Impulse!, 1965). Joining him in the front line are the two youngest members, violinist Billy Bang and trumpeter Ahmed Abdullah. Together they prove a well-balanced triumvirate, heard to great effect in a lovely extemporized coda to a down and dirty rendition of bassist Charles Mingus' "Goodbye Pork Pie Hat." It's the sort of territory in which the irrepressible Bang excels, sawing with wild abandon to energize all about him. He pulls the same trick on Brown's Latin-tinged "La Placita," following the composer's citrus-sweet alto and Abdullah's joyous melodic variations, and again, in the final riff-driven "Amanpondo."

However, in spite of this edition of the band boasting two of the finest bassists around at the time in Fred Hopkins (from saxophonist Henry Threadgill's classic Air) and Sirone (from the Revolutionary Ensemble), and being fuelled by the time-keeping of legendary drummer Andrew Cyrille, too many of the cuts seem to chug along without catching fire. It's telling that the standout is the one which eschews the string of solos approach: Bang's "Shift Below," in which his violin consorts in abrasive colloquy with the twin basses before concluding with the written material, embroidered by trumpet and alto.

While this isn't the place to look for the best work by any of these men, it's not possible to find them together anywhere else, and with Bang, Brown, Hopkins and Sirone all deceased, for that alone it should be cherished.