BY MARK CORROTO
December 18, 2011
Sign in to view read count 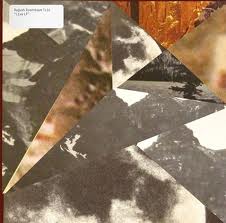 The jazz piano trio survives. With all the changes in music, the birth of sampling, the death of the record store, and the fracturing of jazz genres, the piano trio continues to adapt and transmogrify, making it an evolutionary legacy.

Sometimes, an evolutionary variation displays traits of both the new era and its primordial ancestors. Such is the sophomore release by August Rosenbaum's trio. The Danish pianist's music is packaged as an LP and an EP, two things that had pretty much become extinct before he was born in 1987.

Like his previous Beholder (Impostor Records, 2010), which featured New York-based musicians, Rosenbaum displays immense talent at both composing and playing. This time he chose to record with his Danish working trio of bassist Jesper Thorn and drummer Rasmus Lund, making a more homogenous statement.

Perhaps best described as the Danish Jason Moran, Rosenbaum is quite skillful at commanding the energy of a composition, and as such reveals melody and emotion. He opens with "Delicate Matter," a very Scandinavian sounding introspective piece that lingers with heavy ECM-like ennui. The trio's mission here and on tracks like "Heinseit" is to paint with differing shades of gray; Rosenbaum relies heavily on Lund's brushwork and Thorn's strong pulse for setting the scene.

Switching gears on "Shoyn Fargessen," the ferocity of Rosenbaum's two-handed attack drives the experience. Even when the pulse slows and the track becomes a march, there is tumult. Rosenbaum's pieces show that he alone controls the throttle—speeding and slowing for full effect. He also uses that control to play a beautiful melody on "D'accord" or reinvent a classic on "Pannon," a reformulation of Thelonious Monk's "Pannonica" as a fast running river in which Monk's thoughts bob to the surface here, go under, and come up over there. In the case of August Rosenbaum, the music is never in danger of drowning.

Delicate Matter; Pannon; Let Me Leave With You; Shoyn Fargessen; Be On The Lookout; Her Har Vi Balladen; D'accord; Heinseit.