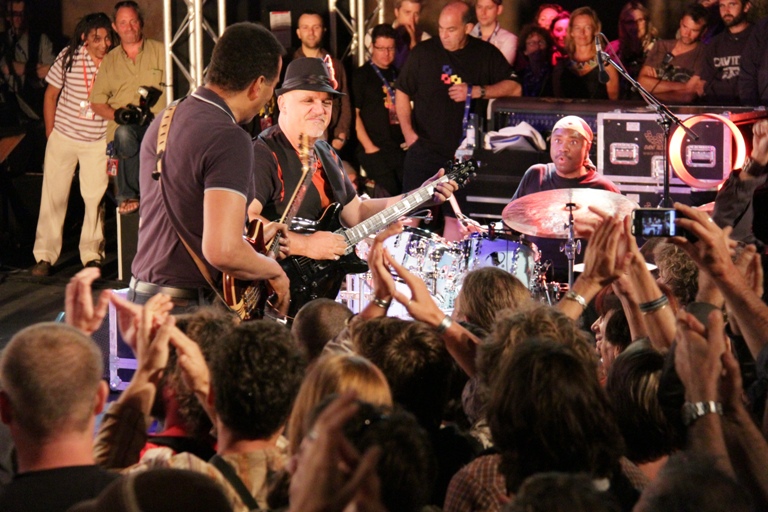 [Editor's Note: Lenny White and his fellow jazz/rockers have already returned home to the States, and picked up an opening act, Dweezil Zappa and his crack outfit, Zappa Plays Zappa. After touring the East Coast and Midwest, they have been lighting up the Left Coast. Today's installment was filed as RTF IV were wrapping up in Europe. There's big news here of a DVD-in-progress, plus White's interesting take on the current state of the music industry. Stay tuned for the next editions, covering their recent travels on the West Coast as they revisited the band's original '70s home territory and stomping grounds—and after that, the much-anticipated return to the enthusiastic fans of Japan.]

"While we were in Montreux we did some filming for a DVD we're making. Part of the problem that I have with recording a live performance, at a festival like Montreux, is that their cameras and lights are set up and everybody looks the same. All the videos and DVDs from there look the same. That isn't necessarily what we would like to do, and if you want a video with your own personal textures to it, you really can't do that. When we recorded the performance and did the video, there were parts of it we didn't like, so we told the audience after the performance, "We're going to come back and redo parts of it. If you want to stay, you can stay," and almost everybody stayed. It was like being at a movie shoot where we'd have a take, and then the director would say 'Cut! Cut! That's good, but this time let's try it a little different,' and we would do it that way. That's what we did with the audience, and that, for me, was more special than the actual concert. During the breaks between shots, while the band was having conversations about what they were doing, I'd have a conversation with the audience. It was really cool. Montreux was good. Patti Austin was there. Esperanza Spalding opened up for us." 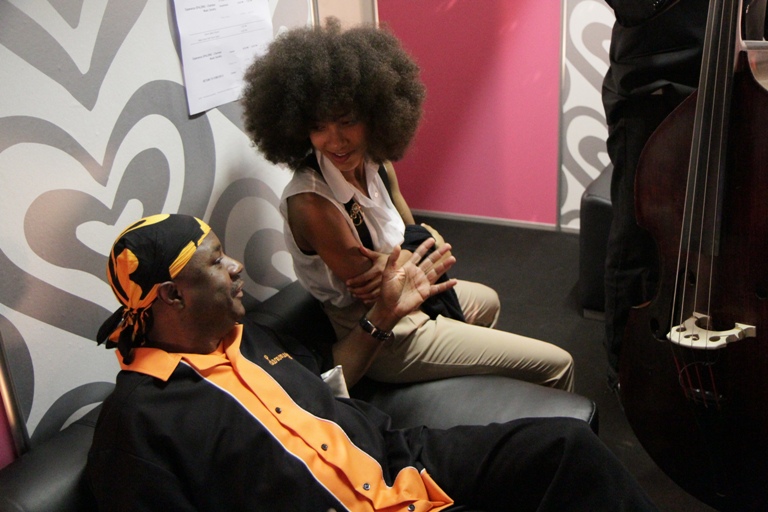 
"After that we went to Sete, France, an absolutely beautiful setting with a full moon rising over the Mediterranean. The festival was packed with people who were so enthused, so emotionally moved that people were crying, including a lady who was with the festival—she had been there, had heard bands for seven weeks, and she started to cry. She said the music that we played touched people so deeply. It was a beautiful setting, a great concert.

"We played in Aosta, Italy, and then we did Pescara, both outdoor festivals, and the audiences were great. What's very interesting is that Return To Forever is not a fusion band. It's a jazz-rock band. Part of the reason I say that is that we have two distinctly different but authentic musical styles that we play on any given night. Every night we play jazz, and we play rock. It's very obvious when I see it from the stage. In certain parts of the concert people will be sitting with their arms crossed, their legs crossed, enjoying the acoustic bass, the piano, the acoustic guitar, the violin, almost maybe like they'd listen to classical improvising... and then we come back for an encore and play "School Daze," and everybody is on their feet, jumping up, clapping their hands, like at a rock concert. For the same band! It's really remarkable to see, and it's a testament to the musicians who are playing. I see it happen every night. At the classical music festival that we played in Germany, there were people in jackets and ties, and dresses, standing up and rocking. It's really deep! Stanley Clarke says, 'There's a rocker in everyone,' and it's been proven every night." 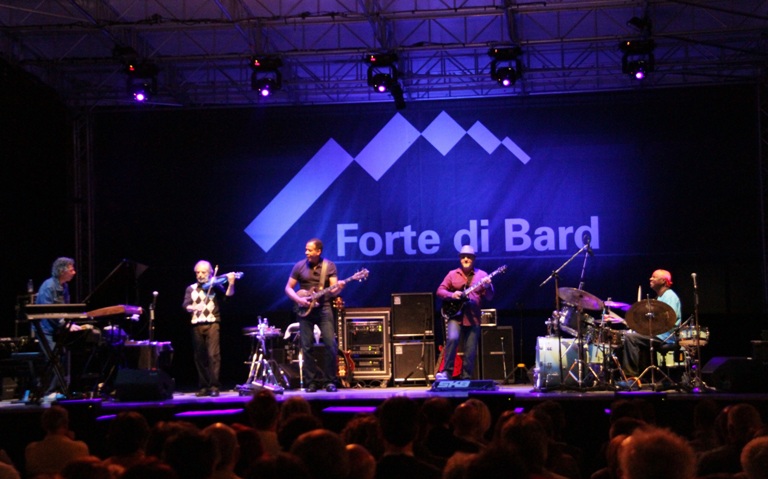 
"Not just this version of Return To Forever, but all the versions, there has been this virtuosity enclosed in some common music and also within the complexities of the virtuoso music. When you go see a jazz virtuoso play, you go see Return To Forever, that's what you expect. You don't go jumping up out of your seat, because that wouldn't be appropriate. But when that group of musicians starts playing something that makes you move, makes you abandon your composure somewhat, you give it up. If you're in a club with 150 people, that's what you'd expect, but when it's a concert hall with 3,000 in the audience, the effect is quite different.

"On this tour we're doing music from all the electric Return To Forever periods. Right now we're in discussions about doing a film. Not just a documentary, because I wouldn't want it to be done the same way every other documentary film is done. I think we're going to approach it from a different perspective, with someone who has a real vision, as opposed to just doing a concert film—that's not really what we want to do. The angle is that the industry really has suppressed music like this. When you see the effect it has on people, there's no reason why this direction in music, and bands like what we represent, haven't gotten the exposure they deserve. If you look at the number of people this music reaches, the per capita concentration of fans we make happy during a live performance, we do as well and reach as many people, in effect, as Lady Gaga. Without meat dresses, without dancing and pyrotechnics. If you think about it, Lady Gaga plays arenas that hold 20,000 people, and we play concert halls with 2,000 people. I can't compete with Lady Gaga, who plays in front of 10,000,000 people on her tour. Return To Forever can play in front of 600,000 on a tour. But per capita, I can say that we reach fans the same way she does.

"There's good justification for the music that we play to be exposed the same way, but that's not the case. From a money standpoint, record labels or commercially oriented companies want to hire artists with commercial appeal because they reach more fans. It's easier for those companies to use them as corporate branding because they reach a larger audience." 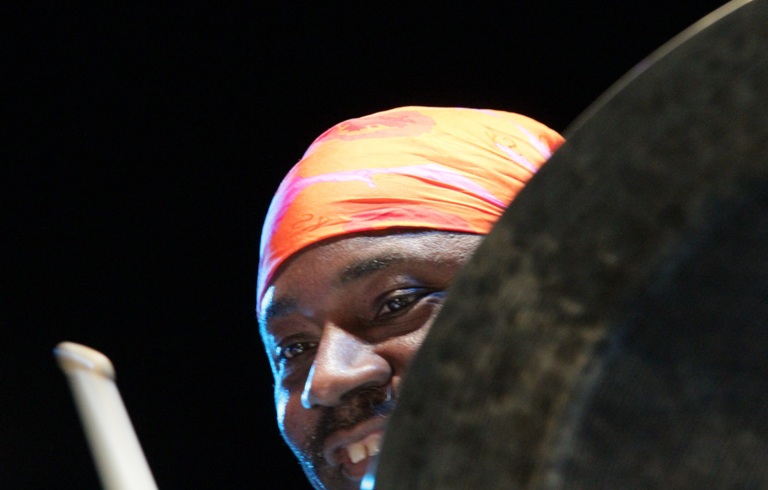 
"We touch the soul. Pop music touches souls because it has lyrics—most of the time it's the lyrics that touch the soul, not necessarily the performance. You have to be there to experience a performance for it to touch your soul. You hear the song that has lyrics and you hear it sung—depending upon how great the artist is who is rendering the story—you get it and you say, 'Wow, that song really touched me,' because these words relate to your consciousness, or whatever. Return To Forever has been able to do that from a musical standpoint. That's why we have such dedicated fans, because we've been able to accomplish that without lyrics."