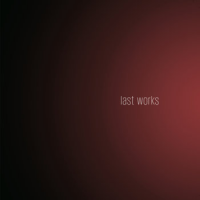 As musicians make choices and pursue a passion for music which also directs their musical orbit, looking at jazz composer, arranger and pianist Tom Pierson's resume, it is clear that a creative search for originality and exploration was paramount, from the very beginning. Gifted at the start, Pierson was a piano prodigy and a soloist with the Houston Symphony at the age of thirteen. The conductor, Sir Barbarolli wrote, " I was greatly impressed by the boy's gifts—particularly a most sensitive musicality and feeling for the finer shades of tone and expression." Pierson's 2019 release, Last Works, is a clear demonstration of just such an inventive approach to composition, creating a set of pieces which are all unique statements. And Pierson is not afraid to be specific about his point of view, as stated in a recent conversation we shared, "The idea that you can define jazz by a particular stylistic detail is esthetic idiocy"

An impressive and productive conducting and composing career for Pierson would follow, including friendships and musical relationships with many other composers, including legendary jazz arranger and band leader Gil Evans, and conducting Leonard Bernstein's "Mass" at the Metropolitan Opera and scoring films for director Robert Altman.

Based in Japan since 1991, conducting, performing and recording Pierson's "Last Works" brings forward a culmination of compositions brewing inside Pierson over time that he wanted to set down finally, in a recording that covers 2 CD's in length. The compositions vary in tone, mood and arrangement but share the greater value of distinction, as no track is similar to another, and each stands out in orchestral arrangement as an individual statement. There is no filler here—just the strength exhibited by composer and conductor meshing with solid musicianship.

On Last Works Pierson is accompanied by an astoundingly diverse group of musicians varying in age from 17 to 71, and spanning three continents. The Tom Pierson Orchestra, in its current incarnation, offers talent that delivers a depth of instrumental range from all. The 14 piece orchestra on Last Works" combines movements of orchestral sound that never fails to intrigue while crafting emotional tones with distinction between each composition.

Pierson's musical philosophy about composition and creation is simple and direct: "If you're not searching, you're not doing your job." Having had extensive musical interactions with a variety of legendary bandleaders—including Gil Evans—and a current brilliant innovator of jazz orchestra, composer and conductor Maria Schneider (whom Pierson introduced to Evans early in her career), Pierson not only speaks from the heart but also a foundation of performing, conducting and compositional experience. Within his own elaboration, Pierson explains: "I like to write pieces in a genre style, and I've never thought it was necessary to be 'Far-Out' to be creative." On Last Works Pierson is creating both the "thrill" of something fresh—that soloing musicians live for ( to paraphrase the composer—and also the long years of building compositions that allow this moment to happen.