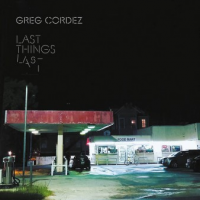 "Chekov's Gun" opens this recording with a laid-back yet electrifying atmosphere hinting vaguely of a Soft Machine influence. "Cherry V Des Moines" has a rock-based feel but the overlaid horn ensemble sections imbue it with a jazz-inflected impetus as does Michael Blake's sinewy tenor solo. "Figlock" is dominated by Steve Cardenas's chiming electric guitar work and Cardenas also plays a vital role on the ruminative title track where his echoey guitar channels the likes of Bill Frisell and John Scofield.

On "Low Winter Sun" there's attractive interplay between Kirk Knuffke on cornet and Blake's tenor and this coalescence continues with the gentle ballad "All That Is" and the labyrinthine head that introduces "Clementine." The set closes with "Junebug" which benefits from some delightful interplay between cornet and guitar.

A truly international bassist, Greg Cordez was born in the UK and raised in New Zealand but has worked in London, Madrid, and New York City (where this album was recorded). He's worked with numerous jazz musicians including Tim Garland, Jason Rebello and Andy Sheppard. His bass guitar work is so good that, like Charles Mingus he plays unobtrusively yet with surgical precision, allowing his fellow musicians to take the limelight. This follow-up to his 2015 album Paper Crane offers the listener an attractive and sensitive session.