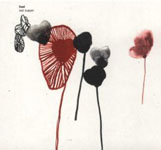 On the basis of its title, Last Supper may be the final recording of the Anglo/ Norwegian group Food. And that's a shame, because over the course of four albums Food has evolved from a group of interesting free improvisers to an ensemble that organically blends electronics with said free improvisation, creating a distinctive voice that reflects not only the strong personalities of all involved, but a group identity that manages to be strangely accessible and highly compelling.

Last Supper may in fact be the group's most approachable recording yet, but that doesn't mean that Food has made any sacrifices or compromises. While Thomas Strønen's percussion work is as abstruse as ever, with precedence in the kind of found-sound colouistic approach of Tony Oxley, there are times, as on "Exeter Ending," where he actually settles into an uncharacteristic groove. And Mats Eilertsen, a bassist whose firm support anchored Jacob Young's lyrical Evening Falls (ECM, '04), is more fragmentary here and, like Strønen, more disposed towards texture than form.

Which doesn't mean there isn't any preconceived construction to be found. In fact, on tracks like Strønen's "Daddycation" and saxophonist Iain Ballamy's "Quinoa" there are clear unison themes that give way to improvisations which demonstrate just how in each others' pockets these players have become. But as tender and evocative as the more strictly composed pieces are, it's the group improvisations that are the real crux of what Food are about. The almost symbiotic relationship that Ballamy and trumpeter Arve Henriksen       share often results in an intriguing serendipity; so attuned to each other are they that intertwined harmonies seem to appear out of nowhere. And these are not mere moments of confluence. Their simpatico, along with the intuitive contributions of Strønen and Eilertsen, truly turns these collective improvisations into something more: true spontaneous compositions that have shape, form, and substance.

And, as the group has evolved, the musicians have brought electronics more into the mix without disturbing the natural flow. "Exeter Opening," with a repeating sampled wash that gives the piece its centre, and the piano sample-driven "Christcookies," suppose how Brian Eno might sound if he were more concerned with improvisation and less with the mathematical form of things. Miniatures like "Temporary," with Henriksen's trumpet and Strønen's samples commingling, and the more rhythmically-driven "Junkfood," where Henriksen's samples drive Ballamy's saxophone, demonstrate the group's sense of economy and invention.

If Last Supper is indeed Food's swan song, then it is the perfect ending to an illustrious existence. Honing their approach into something that is easily identifiable, adventurous and completely engaging, Last Supper provides an easy entry into free improvisation for the uninitiated or fearful, yet pulls no punches for those already committed to the myriad potentials that true spontaneity can yield.

Visit Arve Henrkisen and Iain Ballamy on the web.