By CHRIS MAY
September 1, 2005
Sign in to view read count 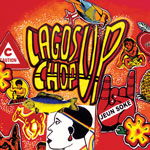 An inspired trawl through the treasure trove that is urban Nigerian social music of the late '60s through mid '80s—a laid-back, all-night, intertribal dance party featuring classic highlife, Afrobeat, juju, and fuji hits of the era in all their four-track, one-take, original glory.

The '70s, give or take, were arguably the Golden Age of indigenous West African dance music: the decade before it forged wholesale fusions with Western pop and became global rather than local in genesis and outlook. Horns, electric guitars, and kit drums had been introduced from the West, and jazz and funk ran through highlife and Afrobeat, but in all other respects the music remained intensely African: sung in native languages, shaped by the region's traditional folk songs and driven by its uniquely rich cross-rhythms, and displaying a purely African sensibility in its lyric subject matter and extended playing times.

The album kick starts with the raw and youthful juju of Sir Shina Peters and Segun Adewale (trading together as Sir Shina Adewale). Adewale would go on to create the high energy yopop style which briefly threatened to dislodge established juju stars Sunny Ade and Chief Commander Ebenezer Obey in the mid '80s, and the cranked-up drive is apparent already. Other young radicals include Kollington Ayinla, whose intense, viscerally thrilling, drum-driven fuji displaced its more staid apala parent in the late '80s.