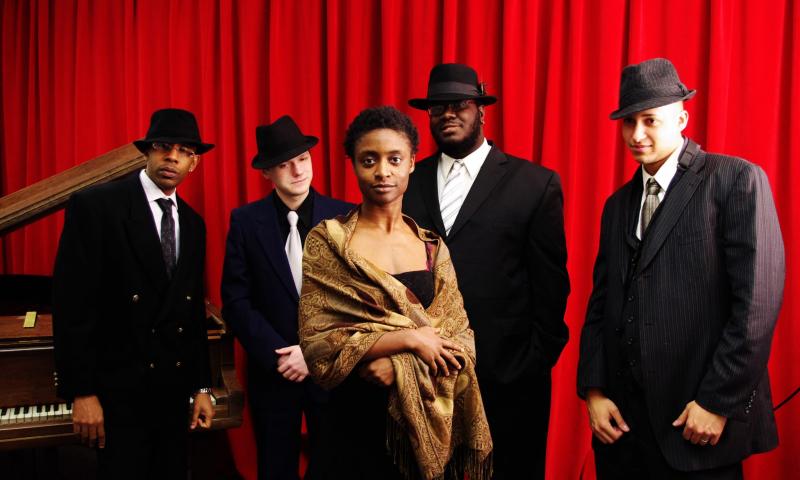 By Sammy Stein
December 15, 2013
Sign in to view read count
Akosua Gyebi, known as Kosi, has a voluptuous, mesmeric voice and has just released her first solo album One More Cup Of Coffee on her own label which received positive reviews. Kosi is a songstress who tells stories through her music. In her songs, you find tales of the seedier side of New York, the darker side where long shadows, broken relationships and hard life stories come to life. Kosi sings with emotion and candor and has an extensive vocal range.

Kosi began singing in her church choir at a small church in southeast Queens. She was a quiet child who disliked the spotlight but her voice shone through and older members of her congregation encouraged her to take part in church performances. Soon Kosi was part of a band of performers in the church who sang, danced, acted and ushered and she began to realise that music was an area in which she shone. Her voice became her main instrument and she overcame her shyness.

Her first public performance was when she was in tenth grade at high school. She sang "Smoke Gets In Your Eyes" as part of the junior jazz band concert performance. The rest, as they say, is history. Kosi began to sing more and more and eventually got together with musicians and began writing her own material.

Says, of her emotions when she sings, "I can't in fact describe the emotions when I perform! They're pretty all encompassing and tend to fluctuate widely, but most of the time when I'm performing, I'm in "the zone." I don't know how to describe "the zone" except to say that nobody exists inside of it except for me, the music, and the other musicians. The reaction I've noticed most from audiences is, "where is that sound coming from?" People have a tendency to be shocked by the largeness and insistence of my sound compared to the smallness and fragility of my body."

Kosi's musical influences are Nina Simone, Abbey Lincoln, Gregory Porter and Salim Washington. She says, "I love Gregory Porter. He is my idol. Also, I have three stations on Pandora, which is an R&B type station created based on Jill Scott and Erykah Badu, a jazz station based on Bill Evans and Abbey Lincoln's album with Hank Jones, and a classical/flamenco guitar station built on Enrique Granados and Issac Albeniz.

Kosi is determined to bring reality into her music. She says, "I believe in authenticity above everything." Authenticity trumps innovation and novelty; it trumps homage to ancestors and idols and genre, correctness and rules. Authenticity trumps political correctness. I believe the person who says, 'it cannot be done' should not interrupt the person doing it." And I still believe that. "I'm all about 'going for it' regardless of what haters and naysayers want to believe."

When she sings, Kosi says, " When I perform, I tend to be more aware of the other musicians on stage than I am of the audience. Sometimes I fear that the experience of watching me perform is an exercise in voyeurism. I do, however, tend to have a very deep connection with the other musicians. It has on occasion become so intense that the musicians' wives have raised their eyebrows. Audience members will naturally be sucked into the drama, even though I'm not addressing them directly."

Kosi is busy planning her second solo album and will launch this on the Crowdsourcing campaign next spring. This will be a much larger project than the last one. Also, there might a possibility of an EP with an R&B/hip hop producer coming relatively soon.

Kosi is no longer a shy singer. She is confident and knows where she wants her music to take her. She has a powerful weapon in her armory—her wonderful voice. She may be small but her voice has might and strength and she now has the confidence to use it fully. Now that she has arrived, there is little to stand in her way.