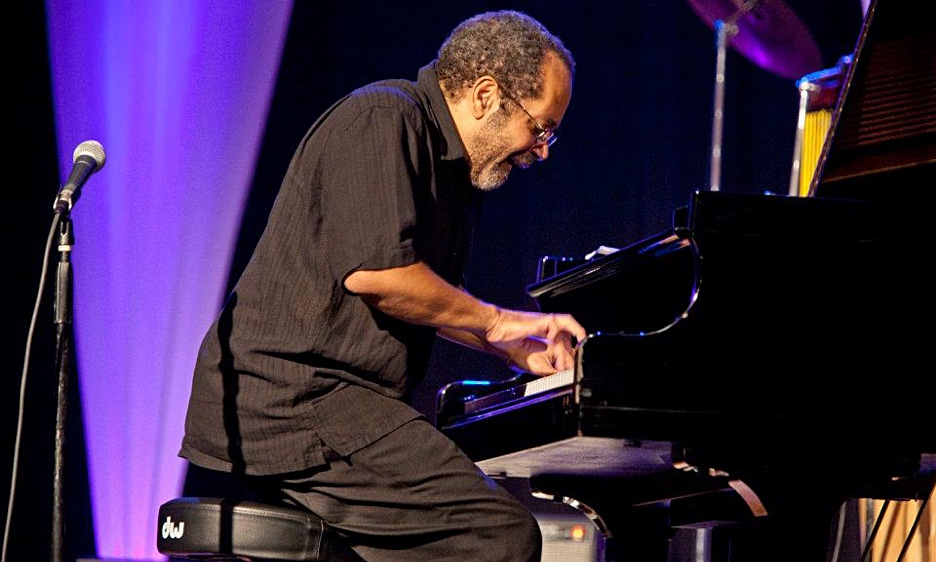 BY DOUG HALL
July 22, 2019
Sign in to view read count
A synergy in jazz can mean that band members complement and combine with one another for a greater result. That same concept applies to an exciting summer announcement that kicks-off a new partnership between two renowned and heralded jazz organizations, Jazzmobile and Harlem Jazz Enterprises will team-up with the iconic Minton's Playhouse jazz club, to present live music at this storied venue, in Harlem, New York City. This dynamic partnership will create an open-ended residency at Minton's Playhouse jazz club that will present Jazzmobile artists as well as introduce new talent. Young, up and coming artists will have a stage and performance opportunity at one of the most important shrines in the history of jazz.

Minton's Playhouse in Harlem was "the place where Bebop was born and where the foundations of modern jazz were established." Timothy Greenfield, Jazzmobiles's Chairman of the board, speaks about enlarging the offering for the jazz listener, "We are excited for this opportunity to expand our programming year-round, something the Jazzmobile audience has been requesting for years. We're looking forward to presenting Jazzmobile artists as well as introducing new talent as a part of this residency at one of the world's most renowned jazz venues."

Jazzmobile Director Robin Bell-Stevens sees this collaboration as "a dream come true to be able to present great jazz artists in the same club where my father, a former Duke Ellington bassist, Dr. Aaron Bell, once performed." Jazzmobile is the oldest not-for-profit arts organization "created just for jazz in this country." In a mission statement that goes to the heart of the philosophy of this multi-faceted jazz programming dynamo, Jazzmobile is committed to "present, preserve, promote, and propagate America's classical jazz through quality music education and performance programs." In a recent conversation with Ms. Bell-Stevens, she shared her thoughts about this new partnership, "The problem we (Jazzmobile) had is all our programs are outdoors, and at the end of summer people were saying 'Oh—I wish you could be around the rest of the year.'" Now, with Thursday nights at Minton's Playhouse dedicated to a residency program, Bell-Stevens sees the solution as a "win for Jazzmobile and Minton's Playhouse" with artists and jazz reaching wider audiences and attracting new listeners.

Current Minton's Playhouse owner (with partner Raphael Benavides) Richard Parsons (Harlem Jazz Enterprises) has always had a foot in the jazz world, playing trumpet growing up in Bedford-Stuyvesant, Brooklyn. In 2013, Parsons revived and renovated Minton's as an upscale jazz club and restaurant. When Jazzmobile Director Ms. Bell-Stevens approached him about this residency partnership, she recalls saying, "Hi Richard, is it Jazzmobile's turn? I have an idea to do one night a week at Minton's.." Mr. Parsons response was immediate, "I love the idea."

A former CEO of two Fortune 500 companies, Citicorp and Time Warner; Parsons has always wanted to operate a jazz spot in Harlem. "I love jazz," Mr. Parsons said in an interview. He recalled the snazzy and fashionable supper clubs of the 1950's and '60s, "when good music and good food made uptown 'something special.'" His renovation of the vintage jazz club has maintained the original integrity, but also "bringing it into the 21st century and with very talented seasoned musicians making-up the quartet and guests getting a 5-star dinner as well." As a win-win for both partners, Parsons was particularly pleased with meeting his vision, "I've always wanted to have a jazz supper club where the food and the music are equal in quality. I wanted to recreate the feel of elegance in jazz clubs, and I believe we have done this with Minton's."

Founded in 1964 by National Endowment for the Arts Jazz Master Dr. Billy Taylor and philanthropist Ms. Daphne Arnstein with NEA Jazz Master and legendary jazz saxophonist Jimmy Heath, Jazzmobile, under their direction was also focused on a mission to promote new talent as well as existing. As Ms. Bell-Stevens pointed-out, Taylor and Heath had not only featured veteran bands with legendary bandleaders like Duke Ellington and Dizzy Gillespie performing, but also cultivated young, yet undiscovered jazz musicians. Ms. Bell-Stevens reflected on just such an early talent discovery, "a very young 20 year old Wynton Marsalis performed his first concert with his own group through Jazzmobile, on the campus of Lincoln Center, N.Y.C."

The very first recipient of the Jazzmobile Residency concerts at Minton's Playhouse, Nat Adderley, Jr., a jazz pianist with jazz royalty (his uncle was famed jazz saxophonist Cannonball Adderley) who recorded with his uncle Cannonball Adderley when he was just 11 years old, played to a sold-out show on the 4th of July. He has fronted his own jazz bands and was directly involved as a friend and musical arranger for Luther Vandross. Mr. Adderley shared some thoughts about this opportunity and the importance of supporting jazz clubs like Minton's, "with so many jazz clubs closing, to see Minton's up and running successfully—a resurgence of people coming-out -is very exciting." He also was quick to recognize the efforts of Robin Bell-Stevens (Director of Jazzmobile), "I'm so happy about Robin and the Jazzmobile's involvement—to leave this world with jazz in it—too important to our culture and an American art form."

Also, clearly this new partnership is a huge "win" for jazz fans and the un-initiated, as jazz needs new converts to grow its listenership. As locals to Minton's Playhouse in Harlem and NYC, mix together with out-of-towners and international tourists in the newly renovated elegant dining atmosphere at Minton's Playhouse and keep time with the extraordinary talent on stage provided by Jazzmobile, the chemistry is all there. In a word, Ms. Bell-Stevens sums-up this new partnership, "It's all about the music."