Stacey Kent has had an impressive musical run: Breakfast on the Morning Tram (Blue Note, 2007, for which she was nominated for a Grammy Award), Raconte- moi... (Blue Note, 2010), Dreamer In Concert (Blue Note, 2011) just being her previous three recordings of her ten releases as a leader. She is intelligent, polyglot and capable of performing in any genre or language. Her voice is one of soft evenness, it has a delicate density that extend over her impressive range. She is a singer's singer.

Leaving Blue Note and taking up with Warner Bros, Kent produces a beautifully light recital based in Bossa Nova on The Changing Light. Her approach, differing from her peers who have attempted the humid climes of Brazil's contribution to world music, is one characterized by a soft, gentle and precise touch and tone. There is nothing overwrought or heavy handed about the production herein. Kent sings with a natural purr that is both superb and sincere. She manages French and Portuguese seamlessly on adapted compositions by multireedist Jim Tomlinson on "Chason Legere" and "A Tarde."

Kent sings the standard "Like a Lover" like she wrote it, accompanied sensitively by guitarist John Parricelli. By this time into the disc, one would be curious how Kent would treat a warhorse like "Corcovado." Well, it is a bonus track and Kent gives the piece a nervous edge over Tomlinson's tactile and anxious arrangement. Kent is all grace and sophistication on The Changing Light. 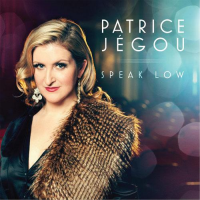 Canadian singer Patrice Jegou is a classical mezzo- soprano. But rather than ply her trade in trouser roles, she finds herself a largish orchestra and takes on the whole of the American musical landscape. She favors Golden Age songs like "Don't Sit Under the Apple Tree," "What a Difference a Day Makes" and the title piece which rests on lush strings with rhythm section provided by the Lori Meacham Trio. Jegou is joined by an interesting range of talent. Trombonist Conrad Herwig joins the singer on "From This Moment On" is a big band romp through Central Park.

Vocal Group Take 6 provides harmonic contrast on "I've Got The Sun in the Morning," while Reverend Andre Crouch and his singers join the vocalist on a churchy, organ-infused "This Little Light of Mine." Kirk Whalum provides some full-throated soul sax to the worship service. Note for note, this is the center of the disc. Jegou surprises with a slinky "Walking After Midnight" featuring the jangly electric guitar of Thomas Guarnieri. A full horn section and Virgil Stafford's screaming Hammond B3 fill every space with sonic splendor. This is very much a throwback to a more elaborately arranged day, when it was required to wear black tie when hearing this music live. A solid recital. 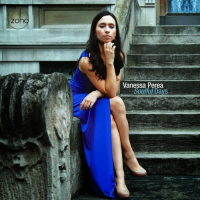 Staking out the middle ground between Kent and Jegou is New Jersey- native Vanessa Perea, who leads a solid brass-heavy quintet through a clever combination of hard vocalese and Caribbean home cooking. Perea studied with vocalist Roseanna Vitro and Donna Zapola-Connolly as evidenced by her confident tone and scat singing, both melding well with Mat Jodrell's trumpet and Robert Edwards trombone giving this recording date a deeply hewn tonality, if mahogany could sing.

Perea's métier is equally demonstrated in intelligent and upbeat standards like Bob Dorough's "Devil May Care" and "Johnny Mercer's "Too Marvelous for Words" and ballad's like "Jim" and "Tenderly." Another place, a surprise really, that Perea excels is in interpreting instrumental compositions by hard bop trumpeters. The singer provides lyrics to Kenny Dorham's "K.D's Motion" under the guise of "Let Me Tell You." The arrangement and singing are brightly colored by the mutual interplay between voice and band. Perea's vocalese recalls that of Dorian Devins. She absolutely cooks with wordless vocals on Bud Powell's "Celia," making a wish for more of this music in the future.