BY C. MICHAEL BAILEY
June 10, 2016
Sign in to view read count
The greatest international contribution to American Jazz may well be that from Latin America, generally, and Brazil, specifically. Brazil lends to jazz a rhythmically humid breeze that is, at once, floral, earthy, fecund, and sated. Two contemporary Brazilian gift-givers include the father-daughter forces of nature pianist/composer Antonio Adolfo and his daughter Carol Saboya. There is no greater critical pleasure than considering the two together. Presently, we have that opportunity. 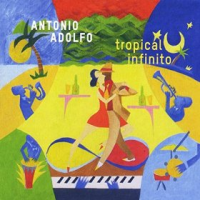 Pianist/composer Antonio Adolfo might first be considered an educator, with his subjects being the music of his native Brazil. And, not just bossa nova. Adolfo's previous recording, Rio, Choro, Jazz (AAM Music, 2014) was devoted to the Brazilian musical brand, Choro. On the present Tropical Infinito, Adolfo demonstrates that many American jazz standards may be effectively shown through a Brazilian lens, readily standing up against and assimilating with some of his own compositions, forming a seamless example of international musical synthesis.

Leading a full-bodied octet, Adolfo address Benny Golson's "Killer Joe," and "Whisper Not," while rounding up Oliver Nelson's "Stolen Moments," Horace Silver's "Song for My Father," and "All The Things You Are." The pianist transforms these compositions through both reharmonization and a rethinking of time and note order. The effect is a Nuevo Bossa that is fully tempered by Adolfo's originals. The percussion dense "Cascavel" bristles with contemporary charm, pitting a tight horn arrangement above a complex head figure. The ballad, "Yolanda, Yolanda" softens the hard edges with a plush melody and augmented block chords and breathy winds. "Partido Leve" is a light samba that mixes well will the closing "Luar Da Bahia," a jazz nocturne turned boozy lullaby. A rhythmically humid breeze... 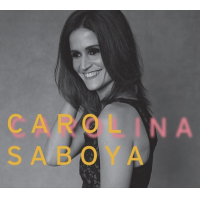 Singer Carol Saboya, the "Carolina" in Carolina is the creative acorn that did not fall far from the creative tree. Daughter of Antonio Adolfo, the two have previously collaborated on several recordings, including Ao Vivo/Live (Points South Records, 2008) and La E Ca: Here And There (AAM Music, 2010). Saboya's previous solo outing, Belezas: The Music Of Ivan Lins And Milton Nascimento (AAM Music, 2012), was a tightly focused and precision performed collection of music little known in America. Saboya is an educator in her own right.

On Carolina the singer treats us to a program not unlike her father's Tropical Infinito in that she incorporates two uncommon standards: the Beatles' "Hello Goodbye" and Sting's "Fragile" among Jobim's "Passarim" and Lobo's "Zanzibar." Saboya used many of the same musicians appearing on Tropical Infinito (including her father) to very great effect and contrast. Marcello Martins plays two very different roles on the two recordings, providing some full-throated saxophone playing on Tropical Infinito while seasoning Saboya's rich mezzo with his flute and alto flute. Saboya is in beautiful voice, again humid and breezy, capturing well the tropical climate and attitude of the region. This is music of fun and love, positive thoughts and sweet dreams...all with a delicious bead of sweat welling on the surface.