BY GLENN ASTARITA
December 8, 2012
Sign in to view read count 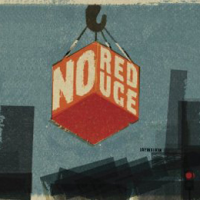 Nascent Swiss saxophonist Christoph Irniger often devises his compositional structures with embryonic tone poems and does not show a proclivity to rush through the body of his largely probing works. His ensemble takes its time within the song development cycle, usually yielding a throng of rewarding results.

Recorded in New York City under the group moniker No Reduce, the musicians often elevate themes by assembling fragments into cohesive statements amid sublime melody lines and power-packed crescendos. Guitarist Dave Gisler is apt to toss in some New York City downtown-ish rock guitar voicings via the band's dipping, soaring, and weaving progressions.

Irniger tears it up and winds the momentum back down on the leisurely moving "Playground." Opposing forces come together then dilute into newly crafted motifs, especially on the down-and-dirty, grunge-like "Faraway But Close Enough," where Gisler's haunting electric guitar lines and drummer Nasheet Waits's gargantuan press rolls supply ominous overtones. Here, Irniger's supple statements atop the guitarist's sprawling chord voicings segue into a torrid free-form blitz. Indeed, sparks must have been bouncing and deflecting off the studio walls.

They let the tigers out of the cage during the bridge on "Morningside Road," where Irniger and Waits delve into some raucous dialogues, then tone it down and refresh their arsenal via odd-metered unison lines and sonorous extended notes. They switch gears on the album closer "The Mouse, which is patterned off a slow-tempo blues riff set down by the rhythm section. Thus, Irniger takes his time forming the primary theme and casts a foreboding vista, starkly contrasted by Gisler's steely voicings.

No Reduce bestows a unique vibe on customary, semi-free territory as the musicians seize an opportunity and feign any semblances of generating a directionless free-for-all, which is often a recurring thread within similar projects of this ilk.