Jason Moran and the Bandwagon at Cologne Philharmonie 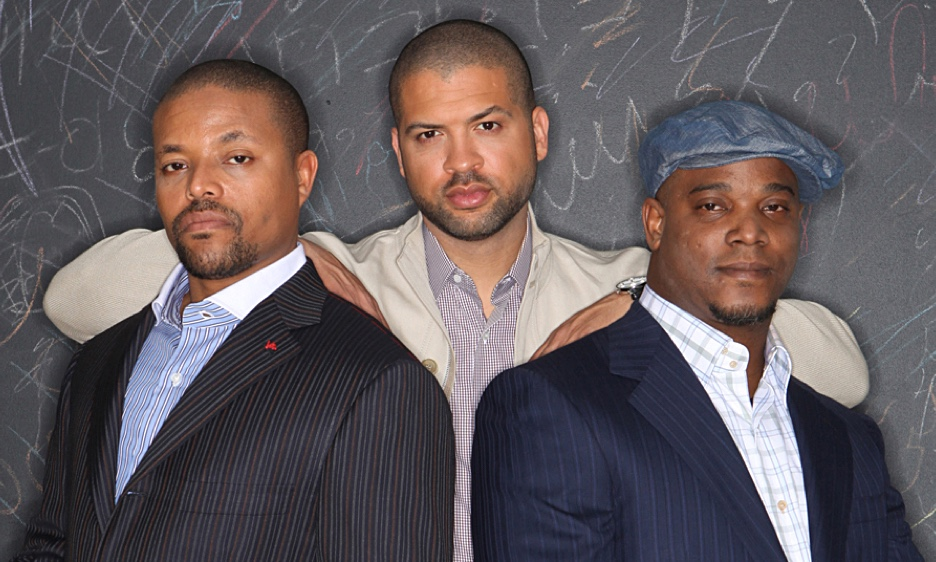 By PHILLIP WOOLEVER
December 7, 2019
Sign in to view read count

“All the jazz musicians touring around the world owe their careers to James Reese Europe,” mused Moran in elaborating on the thesis. “Whether they say it or not, I say it for them.”

As the sprawling local Christmas markets prepared for a holiday tourist onslaught, Jason Moran and the Bandwagon presented masterful skills transcending any singular celebration. The concert was part of the trio's celebratory 20-year anniversary tour and there was indeed much to cheer. Moran made a few humorously accurate observations about the musicians gaining both instinctual familiarity and unpredictable quirks that were apparent throughout the extraordinary 105-minute set.

The show was comprised of approximately half a dozen intricate suite-like segments, in a chorded cornucopia of multi-themed precision. Just when it seemed a familiar piece of Moran's repertoire like "Crepuscule with Nellie" was clearly being reimagined the band completely switched gears and direction, with some change-ups so rapid-fire they could have caused whiplash. Judging from the listeners' sighs around stage right seats, some amazing segues were literally breathtaking.

"We're all (astrological) air signs, and that's how we play, so don't expect anything (typical)," said Moran as he gestured overhead to explain the compositional complexity. "It's all up here."

The sound mix was perfect from the very start, as Tarus Mateen's orange Marco counter frame bass followed wistful solo keys. Nasheet Waits opened with one regular stick and one mallet, switching sticks that appeared like magic. The players soared through melodic directions, often varying tempos that then merged magnificently like different lanes on a sonic superhighway.

In addition to virtuoso ability, Moran is a dedicated musicologist who recently created museum exhibitions at the Whitney in New York and Walker Art Center in Minneapolis with film, works on paper and reconstructions based on classic jazz settings from the past. Moran is also the artistic director for jazz and a musical advisor at the Kennedy Center, and with the faculty of the New England Conservatory of Music. There were academic bonuses galore as the bandleader offered fruitful, socio-musical history that illuminated already deep compositions. Everyone in the hall was enlightened whether or not they grasped the full significance of what they heard. Only the musicians understood every layer of nuance.

A standout half hour segment progressed from origins of jazz history through progressive outer limits during an inspired medley that included Fats Waller's "Honeysuckle Rose," W.C. Handy's "Hesitation Blues" and the hymn "Free as a Bird" as adapted by James Reese Europe, interspersed with futuristic themes that ultimately returned to the roots.

"All the jazz musicians touring around the world owe their careers to James Reese Europe," mused Moran in elaborating on the thesis. "Whether they say it or not, I say it for them."

The percussionists stood back and took a water break for Mateen's main solo, which included scat and humming in a hint of the vocal power to come. There were instances when Moran kept the palm of his left hand up while his right was ablaze on the keys, as if anticipating some offering or communion with the jazz gods that came to fruition in an astonishing warp-speed final solo.

When the band left stage for a ceremonial curtain call prior to the climax, a few people rose to leave while a dozen or so gave a standing ovation. A final, extended piece wound down with the trio gradually forgoing instrumentation to whistle an epic conclusion that was joyous and haunting. When they exited this time, a thousand people stood and cheered the music and the feeling.

A quick chat with Moran revealed that the glorious finale was an improvised four song medley, with the whistling refrain coming from a still unrecorded piece titled something like "Life, Live, Time." The piece's scarcity made it even more sublime.

The trio would soon be headed back to NYC for what has become a traditional Thanksgiving Week residency at The Village Vanguard. Thus the Cologne audience experienced their banquet early, and though the world has changed a lot in twenty years some things don't fade. If you get on the Bandwagon with Jason Moran, you're in for a beautiful ride.