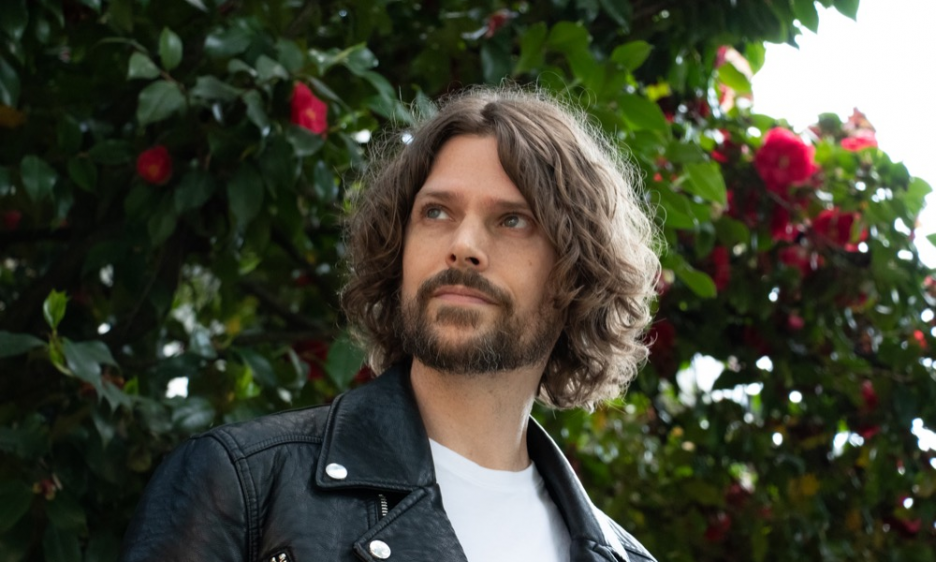 It’s been a rough couple of years, for sure, so my band and I can't wait to get back out there and connect with the people.
—Jarrod Lawson

Timing is everything in music, but launching an album in the midst of a global pandemic was not ideal for singer, composer and multi-instrumentalist Jarrod Lawson. As he prepares to embark on a European tour, he will finally get the chance to feature the music from his second album Be the Change in front of live audiences.

Lawson has pumped new life into the fading genre of close harmony vocal jazz, much as Take 6 did when they emerged in 1987. They, of course, were just the latest and most gifted practitioners in a long American tradition. Close harmony dates back at least as far as the Boswell Sisters and continued in popularity throughout World War II and beyond with the likes of the Mills Brothers and Lambert, Hendricks & Ross, but only The Manhattan Transfer were keeping it alive at the time. (Rare Silk had not quite broken through, and New York Voices had only just formed.) Since Take 6 the cupboard has been a little bare. But now there is Jarrod Lawson.

Primarily influenced by Stevie Wonder and D'Angelo, Lawson is usually considered an r&b or neo-soul artist, but he studied jazz for three years. Be the Change, released last year, is packed full of bold and complex jazzy ideas that lift it beyond genre. With the obvious exception of Jacob Collier, few contemporary singer-composers have the skills to work with such dense and multi-layered vocal harmonies, funky feel and sophisticated chord progressions.

Lawson's debut album landed him a headline slot at Ronnie Scott's. Six years elapsed between it and the follow-up, but listening carefully to the tracks reveals why they have not been rushed. Each one has been burnished to a sheen of perfection. "I don't want to push myself past the point of comfort," says Lawson from his home in Portland, Oregon. "If I wake up in the morning and think, oh man, I want to lay down some Rhodes parts on that today—I let the inspiration take the lead."

Lawson does nearly all the singing and much of the playing himself, and like Stevie Wonder, spent some time as a drummer. As a result, rhythmic chops feature strongly in his work. He's also a highly accomplished pianist. "I played all the keyboards, played bass on a few tracks. Some guitar as well. I always do a lot of the incidental percussion. And then all the voices, of course." In fact, his voice is the most prominent instrument on the album, and he pushes its possibilities into new territory. He inserts vocal fills here and there that might conventionally be played on a horn. Sometimes he uses the massed harmonies like soli passages in big band jazz. They swoop and glide in arrangements that also rival big bands in their variety and level of detail.

Typically there will be around 14 vocal tracks in each song he records. "Sometimes I may have two or three lead vocals, if they're overlapping, then maybe six-part harmony—doubled—sometimes even more than that, y'know, a sort of echoing, call-and-response thing." He even manages to multi-layer the voices while maintaining vibrato at a consistent rate on every layer, which is pretty hard to do. And unusually, the lyrics are as thoughtful and finely crafted as the music.

Cuban percussionist Sammy Figueroa worked with Lawson at every stage of Be the Change. After working on the songs together at Lawson's home, they were ready to record. "I did some of the recording in a commercial studio—the basic tracks with Sammy and the rest of my quintet— Cory Limuaco (drums), Chris Friesen (bass), and Trent Baarspul (guitar). We recorded together live to get some basic foundational tracks. And then I took those to my home studio and then piddled around for... as long as it takes, y'know..."

The title track begins with a passage that seemingly bears no relation to the rest of the song. "I don't know quite where that came from. Early on, after I'd met Sammy and invited him over to my house here in Portland, and we hung out for three or four days in my studio. I'd borrowed some congas from my friend, and set up some nice microphones, and we were in there just jamming, and came up with that on the fly, and it sounded like a really cool intro." But the really cool intro became a casualty when he was asked to produce a radio edit, forcing him to cut nearly two minutes. Luckily it's still there on the album version.

The Prince-like "I'll Be Your Radio" begins with the highly compressed sound of a small radio speaker, before opening out its full dynamic and tonal range. He is joined on this track by Moonchild vocalist Amber Navran, with her characteristic wide vibrato style. "She's working with so many different artists. Every time I turn around I see her guesting on somebody's album or single. She's certainly one of the most sought-after artists right now." Moonchild's Andris Mattson and Max Bryk add some deft flugelhorn and clarinet respectively here.

The ecstatic "Universal Chord" has received plenty of airplay, with its heavily reverbed Rhodes, arpeggiated vocal and the ching of a tiny cymbal that's quiet but cuts right through. "Sammy's got this little Tibetan bell on a string, and he just taps it. It's got that pure, pristine... almost like a sine wave type of tone." This is also the only song ever written that uses the word pteridophytes, the botanical classification for ferns. "I spent a few years of my life studying plants. I studied horticulture. Always been really interested in plants and trees." His preparation for a life in music has also included tuning pianos and breaking rocks—as a stonemason rather than a convict, it has to be said.

The richly uplifting vibe of "How Long" is a little odd for a song that laments inequality. It begins with flutes, clarinet and bass clarinet played by Hans Teuber. The vocal is remarkably reminiscent of Sting. Jarrod flinches imperceptibly at the comparison. "I've heard that several times now, particularly where I first come in. I love Sting, huge fan, but it certainly was not a conscious decision to sound like him... I stacked the vocals in a triad, very much as they do in a Cuban rhumba, but singing in English lyrics—that was very much Sammy's idea." The song contains a curious line—"The trogon will fly backwards." It turns out that a trogon is a bird, a quetzal. "The quetzal is the national bird of Cuba. When Sammy was here at my house, the original idea for this song was to do a traditional rhumba. That's not what we ended up doing exactly, because what we did was far slower. So it was loosely inspired by that. At that time we had been talking about taking a trip to Cuba, Sammy and I, so Cuba was very much on my mind, and as I was writing these lyrics. I thought it would be cool to throw a nod to Cuba in that way."

The intro to "Soul Symphony" has a slow broken beat, which for Lawson harkens back to some of the tracks on D'Angelo's Voodoo album from 2001. "There's very little sub-divisions happening between the beats, with just a ton of space in there, just holding down the scaffolding of the beat. But then on moving from the A section to the chorus, I threw in a whole bunch of percussion parts to create some 12/8 subdivisions." The song ends with another fabulous vocal harmony, gradually stacking the layers of a chord. In the lyric, there's a sort-of apology to his father who, when Jarrod was a small child, ran a recording studio in Redwood City, California, with musicians constantly coming and going. "I was always dreaming, a classic ADD kid. My attention was constantly being dragged away. He'd be telling me some things, and my attention would be totally zoned out, thinking usually about music. I think my dad appreciated those lyrics! But it was also the reason that I was artistically driven in the direction I was. The world was built by dreamers, I feel. What would this world be without dreamers, thinking outside the box?"

While locked down, as well as announcing his engagement to girlfriend Evalee Gertz, he has been compiling new material in collaboration with a number of artists, but in his typically careful and painstaking approach to his craft, none of these will receive their debut on the tour. "Primarily the focus will be on the Be the Change album. I'll have with me Chris Friesen, who's been with me for a really long time, Trent Baarspul, and a different drummer—a cat named Brian Foxworth, who's a local legend but hasn't been out on the scene too much. He's one of the greatest gospel, soul and funk drummers you'll ever hear in your life. And he sings like Stevie Wonder!"

Lawson is understandably excited to get back out on the road. "This has been two years of trying to figure out what's going on in this world, things are just burning to the ground, it seems. For touring musicians like myself who generally make our living travelling around the world and doing what we do, it's been a rough couple of years for sure, so my band and I can't wait to get back out there and connect with the people."

Since things opened back up over last six months he's done about a dozen shows in his home town of Portland, and in August he played the Capital Jazz Festival in Baltimore ("The jazz festival with soul!") alongside the likes of Lalah Hathaway and Marcus Miller. The European dates begin in the UK on October 19th at the Stables in Milton Keynes, with further gigs in Leeds, London and Manchester, followed by another nine shows in Germany, Holland and France.