Introducing the Polish Label For Tune

By Eyal Hareuveni
June 22, 2014
Sign in to view read count
The polish For Tune label was founded in 2013 and has already managed to release 30 albums that feature some of the lesser known yet intriguing Polish outfits. The three outfits presented below all feature a fresh, unconventional perspective on the jazz idiom, its legacy and its inclusive current and future sonic language. The label succeeded in attracting acclaimed musicians from the other side of the Atlantic who released live albums, including double bassist William Parker Quartet, Mary Halvorson Trio and Anthony Braxton. In 2014 the label plans to release a collaboration between British sax hero Evan Parker and Catalan pianist Agustí Fernández and albums of the bands Mostly Other People Do the Killing and Sexmob, among many other Polish outfits. 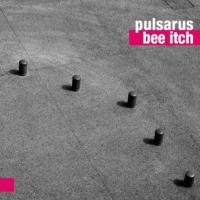 The septet Pulsarus has been around since 2003, attempting to articulate a neurotic language that may bridge modern jazz with post-rock and electronica elements. It feature rising trumpeter Tomasz Dabrowski, who splits his time between Poland and Denmark and already released a few albums for For Tune, including his duet with American drummer Tyshawn Sorey (Steps, 2013) and his own trio Hunger Pangs (Meet Meat, 2013); and French pianist Stefan Orins, member of the Lille-based Muzzix musicians collective and leader of his own trio.

This energetic septet begins with a radical arrangement of John Lennon's "Imagine," that loses its original theme almost immediately for a nervous, rhythmically driving and uncompromising free improvisation. This strategy characterizes Pulsarus's aesthetics in the following pieces: always set its sonic sails for uncharted territories, move full steam ahead and never take the obvious routes. The musicians enjoy the chaotic forms of the pieces, the freedom to expand its sonic envelope with dirtier, distorted sounds—and Dąbrowski often leads the others in such detours—but eventually to sketch loose, and often very dramatic, narratives-structures that will contain the septet's explosive energy. 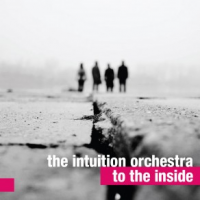 The Intuition Orchestra
To The Inside
For Tune
2014

The Intuition Orchestra has been active in the Polish scene since the mid-eighties. Its core members, back then colleagues from a musical primary school—reed player, musicologist, journalist and manager Ryszard Wojciul, keyboards player Bolek Błaszczyk and drummer Jacek Alka—turned this outfit into an experimental lab of free-formed, improvised meetings and intuitive gaming sessions. The three resumed their collaboration again in 2008 with a newer generation of musicians.

What remains the same is the spirit of this unusual cooperative collective of musicians: a search into the dissonance, consonance, the rough and the wild but framed with a lyrical, melodic and often melancholic textures. The octet pays tribute to guitarist Jacek Malicki, member of Grupa w Składzie ensemble which pioneered intuitive music in Poland back in the seventies, and adding a bonus track from 1993, a touching jazz ballad played as a musical illustration for animated film by Agnieszka Skolik.

Most of the improvised pieces sound as abstract segments of soundtracks prepared for experimental films or dance productions. The presence of the articulate jazz guitarist Marcin Olak and resourceful percussionist Monika Szulińska intensifies the fragile, melodic veins with suggestive blues lines and colors it with folk-tinged, exotic pulses. 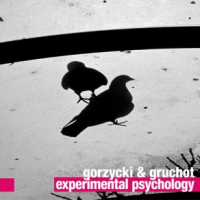 The new duo of drummer and percussionist Rafał Gorzycki, known for his involvement with the Polish jazz band Sing Sing Penelope and avant-garde violin and viola player Sebastian Gruchot (a Pole who lives in Norway and frequent collaborator with Sing Sing Penelope projects), has developed its own personal language. The two explore and experiment with eccentric, improvised combinations of poetry, contemporary chamber music, unconventional sonic searches, avant-rock, electronica and obviously, modern and free jazz.

The debut of this duo offer minimal, nuanced but expressive textures, all suggesing intriguing cinematic quality. The duo forsakes any attempt to structure these textures within melodic or rhythmic conventions but focuses on setting a distinct sonic atmosphere and emotional mood, creating their own fascinating. personal musical universes. The longest piece, the 17-minutes "Long Term Method," demonstrates this duo approach best. It floats gently over a hypnotic, repetitive pulse but thickens it patiently with otherworldly, spacey drone sounds and Middle-Eastern-tinged violin sounds, transforming this abstract soundscape to a powerful, shamanistic-musical ceremony.

Tracks: It Was Time To Set Off; Transuranians; Dazzling Heights of Sierra Madre; Colonization Of The Smeared With Gunk; Zeriba, zeriba; Stolon; He'd Get Plastered; Weirdness and Superstition; The Entire Journey; Transsylvania; Inwards; Aspergillus (Bonus Track).