BY AAJ STAFF
September 1, 1999
Sign in to view read count 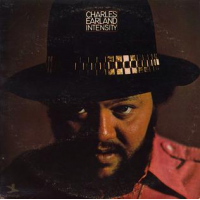 You hear it at once: a different sound, not always for the better. The music was changing, and Charles Earland joined his easy groove to the lush CTI sound so popular at the time. Results vary: the Burner is hot but too many horns spoil the brew. Take "Goin' Home": a rock guitar crashes through the left speaker, and Charles steps coolly behind him. Now he works the chords for warm strength: the feel of his Black Talk! album. But the horns crash the party—brassy, slick, and way too loud. They seem pasted on; the track is stronger in their absence. Charles drops to a faint hum, guitars congregate, and Hubert Laws goes flying. He's got a breathy sound, and notes cascade through a bright forest. Lee Morgan tries the same effect, but soon slows down—he finds a broad staccato and works it hard. Charles is fevered as he jabs the keys; again the horns step on his toes. A bittersweet experience: what we get is nice, but what we could have had...

"Will You Still Love Me" is caught in a shadow—it tries to be "More Today than Yesterday," his hit from Black Talk! Same easy lope, same conga patting along; practically the same solo! (That stairstep descent, a highlight of the "Yesterday" solo, gets a lot of use here.) Like most copies, not as sharp as the original—and again those pesky horns! The chart is better on "'Cause I Love Her"—Laws takes the theme, with Greg Miller's octaves. The horns are restrained, and Laws is sweet as he ascends a brass wall. Earland takes it soft: staying low, he builds tension, releasing in shrill blasts. A good effort, and better use of the large group. (It gets loud at the end, but only in the good sense!)

This proved to be Lee Morgan's last session; he died two days later. (The material appeared on two albums; this reissue puts everything in one package for the first time.) Sad to say, Morgan does not distinguish himself: his solo on "Love Her" is soft and none too distinctive. "Morgan" is likewise; honors go to Laws (on piccolo, sounding like a recorder) and Billy Harper, with a battering ram of a solo. He takes it with rasp, and a twisting of notes—an intensity worthy of the title. As Harper proceeds, guitars pour it on, and Earland stokes it with a slow ascension. Yes.

"Lowdown," with a smaller band, is typical Earland: a smooth glider, with lots of solo space. Lee goes loud: he's sloppy at first, but builds to a confident surge. He tried this before; now he succeeds. Same with the Burner: his gritty turn is one of his best. And now, a very grand finale: Morgan's "Speedball," by a basic quartet. Morgan sounds happy, his tone very precise. They load him in echo, so two Morgans amble down—good idea. Harper tries for the speed record; a bit much, but he still has that wonderful tone. Charles takes some three-note rolls, and bleeps some Morse code when the theme returns. Lives up to its name: it's fast, and it's a ball!

Happy 'Cause I'm Goin' Home; Will You Still Love Me Tomorrow; Cause I Love Her; Lowdown*; Speedball*. * Bonus track on CD reissue