By Jack Bowers
September 4, 2016
Sign in to view read count 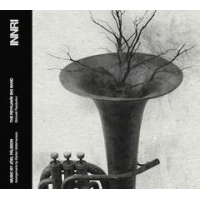 It doesn't get much cooler than Iceland, where the remarkably talented Reyjkavik Big Band makes its home. According to the most recent available evidence, Innri is either the fifth or sixth album recorded by the RBB, which was formed in 1992 and is composed of professional musicians living and working in Iceland. All of the music on Innri was written by tenor saxophonist Joel Palsson and arranged (and conducted) by Kjartan Valdemarsson.

Palsson's themes are intense, cerebral, often dark, sometimes ethereal, and clearly demanding, expressing jazz from a conspicuously northern (that is to say, wintry) point of view. There is some dissonance, times when musicality gives way to turmoil, but those moments are, thankfully, few and far between as Palsson, for the most part, chooses to press home the more customary elements of melody, harmony and rhythm, albeit from an inflexibly modern perspective (think Maria Schneider or Carla Bley). The RBB weathers every storm with readiness and assurance, never once revealing the least trace of inefficiency or indecision.

That stands to reason, as the band has performed under the guidance of such eminent composer / conductors as Schneider, Frank Foster, Bill Holman and Bob Mintzer and earned Icelandic Music Awards for Best Jazz Performance (2005) and Best Jazz Album (2011). So there's nothing Palsson can devise that the RBB can't manage. Not that he doesn't try. From the (relatively) plainspoken harmonics of "Tjorn" (smartly introduced by pianist Eybor Gunnarsson and drummer Johann Hjorliefsson) to the wild and spasmodic rhythms of "Hotel Bristol," Palsson tests the band's mettle at every turn, and the band responds with sharp and spirited blowing, laying matters to rest on its own terms.

As Palsson favors trim, abrupt endings, the disparate themes unfold to some degree in the manner of a suite, one whose tempos and temperament encompass sufficient variety to keep the listener engaged and looking forward to the next bend in the road. While the names (of songs and personnel) may be unfamiliar (not to mention unpronounceable), Palsson's compositions honor established jazz criteria such as openness and improvisation, and it happens that he is also the band's most eloquent soloist. Each of the RBB's four trumpeters has at least one moment in the limelight, while alto saxophonist Sigorour Flosason has three, clarinetist Haukur Grondal one, trombonist Samuel Jon Samuelsson (who leads his own Icelandic ensemble) another. Palsson is impressive, the others competent, Grondal the most unruly and strident. However one appraises the music on Innri (and opinions may vary), it's gratifying to know that not only is there a big band in Reykjavik, Iceland, but that the ensemble is worthy of the label "world-class" as well.