By Mike Jurkovic
September 23, 2018
Sign in to view read count 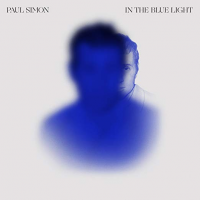 To this very day, as he readies the last shows of his Homeward Bound tour, Paul Simon's new is as new as his old once was. When your most maligned works, 1980's One Trick Pony (Warner Brothers), 84's dark epic Heart and Bones (Warner Brothers), and 97's errant Songs From The Capeman (Warner Brothers, 1997) yields such lasting beauty as "Late in The Evening," "Hearts and Bones," "The Late, Great Johnny Ace," "The Vampires," and "Adious Hermanos," a severe re-assessment is due. Consider the deep listening of "How The Heart Approaches What It Yearns" reimagined here from its 80's incarnation as a new jazz standard featuring Wynton Marsalis, pianist Sullivan Fortner and bassist John Patitucci, or the shimmering orchestral waltz, courtesy of NY's innovative yMusic sextet, that replaces the doo-wop impressionism of the Hearts and Bones (Warner Brothers, 1983) masterpiece "Rene and Georgette Magritte and Their Dog After The War."

But something as non-satisfying as re-assessment is not what Simon is after. Instead, like all curious creators from Kew Gardens do, Simon looks back to move foward, and moves yet again far afield of his peers. He's the street kid insisting "Hey! You missed these! Listen to 'em now!" and delivering with ever broader strokes. "One Man's Ceiling is Another Man's Floor," etched into memory on 1973's There Goes Rhymin' Simon (Warner Brothers), holds its roiling blues wonder and goes deep, deep jazz with an un-repentable sweet, street swagger courtesy of pianist Joel Wenhardt, drummer Nate Smith, Patitucci, and his finger-snappin' missus, Edie Brickell.

In the Blue Light's scintillating take of "Can't Run But" from Rhythm of The Saints, (Warner Brothers, 1990), a composition only the originator would reconsider, doesn't shy from it's samba self, it just sets itself up as an exhilarating race with yMusic's dancing woodwinds and strings reaching new consciousness via a pulsing arrangement by The National's Bryce Dessner.

And yes the voice may sound its seventy six years but these songs don't. Exhibits 5 and 6 being two definitive songs from 2000's underrated You're The One. "Pigs, Sheep, Wolves," a scathingly Orwellian and reflective of our deteriorating culture then, is even more so now with the lyric "Let's get him! Let's kill him!" leaping from its brewing, Preservation Hall setting like an early morning tweet from Pennsylvania Avenue. The translucent love story that is "Darling Lorraine" finds guitarists Bill Frisell, (who illuminates several tracks, including a gently rolling "Love") Mark Stewart and yMusic, winding their way around an assembled guitar solo by the late Vincent Nguini, Simon's musical collaborator since the many triumphs of Graceland (Legacy, 1986). Simon then partners Fortner and Patitucci with the whispery grace of Jack DeJohnette and a plaintive Joe Lovano to create a quietly redemptive plea on "Some Folks Lives Roll Easy."

For roughly two-thirds of his often text-book, often touching Paul Simon: The Life, revered journalist Robert Hilburn shows us a Simon who, if not obsessed with chart position and sales, then at least is overly concerned by them. In the Blue Light, on the other hand, gives us an artist tethered to none of that, but instead his humanity and never failing muse, daring himself and his listeners not to revise, but re-envision not only the music and the place it holds in our lives, but also where we hold ourselves within the greater scheme. Bravo.