BY EYAL HAREUVENI
November 15, 2014
Sign in to view read count 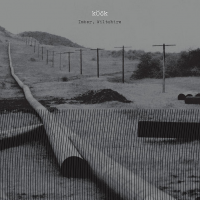 kÖök is a Norwegian minimalist duo featuring guitarists Jørn Erik Ahlsen and Stian Larsen, the sonic aesthetics of both are inspired by the highly personal improvised language of free jazz guitarist Marc Ducret and the ambient landscapes of Alva Noto (aka Carsten Nicolai). The duo began working together in 2010 and recorded a self-titled album for FMR Records in 2012, then released Live in Leipzig with bassist John Hughes a year later.

Imber, Wiltshire is a musical portrait of emptiness. It tells the story of a small English village that was seized by the British army in 1943, supposedly for allied forces combat training, but never used as such. The entire village population was evicted and not allowed to return even after WWII ended. The village still remains a property of the British Ministry of Defense until today, with non-military access limited to a few days a year.

kÖök offer quiet soundscapes of scenery frozen still, where the sense of time and space lose almost all meaning. Ambient, drone-based textures describe a location or time of evacuation. All are improvised and have a quiet, harmonic backbones. Ahlsen and Larsen intensify their deep minimalist sound with assorted guitar preparations and an extensive use of analogue effects and loops. Double bassist Guro Skumsnes Moe and drummer Dag Erik Knedal Andersen join them, each for two pieces. The additions deepen the disturbing feeling of a unique place surrendered to the fallacies of man, slowly decaying slowly as wild nature reclaims what is left from the village. "St. Giles," a powerful portrait of the local church that still hosts a yearly service, beautifully captures the spirit of this abandoned place. Silence, emptiness and untimely feelings are articulated through subtle yet intense cinematic textures of surprisingly warm and rich sound.