By IAN PATTERSON
December 27, 2014
Sign in to view read count 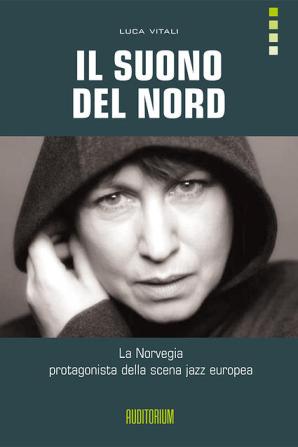 Inspite of having a population of only five million inhabitants, Norway, contests author Luca Vitali, produces and consumes more jazz than almost any other country in Europe. The growth of jazz festivals, jazz courses and a seemingly never-ending supply of strikingly original groups and individual voices has, with generous government funding for the arts, combined to position Norway as arguably the leading player in European jazz/creative music today.

Few know the contemporary Norwegian jazz/creative music scene as well as Italian journalist Vitali, who has criss-crossed the county innumerable times over the past decade or more, attending festivals, concerts and interviewing musicians. This exhaustively researched book falls into two parts: the first and meatiest part chronicles the roots and defining influences that have shaped Norwegian jazz while the second part provides a broad overview of the sprawling, eclectic contemporary music scene and its principal protagonists.

The thrust of the book, the author emphasizes from the outset, is not an attempt to elevate Norwegian or European jazz above the American model but simply to explain the evolution of Norwegian jazz from its initial emulation of the music's mythic figures to its "course of emancipation from the Afro-American roots," a course, Vitali states, that was given great impulse by the arrival in Scandinavia of American composer George Russell. Russell came across the seventeen-year old Jan Garbarek and Jon Christensen at Molde Jazz in 1964 and his musicianship and musical concepts impacted greatly on the duo at time when there were no jazz conservatories.

It wasn't just Russell's Lydian Chromatic Concept of Tonal Organization (1953) or his bringing together of talents like Garbarek, Christensen, Terje Rypdal, Arild Andersen and Egil Johansson in a big-band that helped galvanize the Norwegian jazz scene; as Vitali relates, Russell pushed his students and collaborators to investigate new sounds and rhythms, to dig deep into Scandinavian folk and engage these elements with the language of jazz.

Another expat in Russell's orchestra who was also highly influential was Don Cherry, as Garabek recalls: "It was Don who interested us in our own popular music and who made us understand how much there was to discover in our own back yard." Russell and Cherry, states Vitali, "opened to jazz the door of a new era that showed the Scandinavians the real potential at their disposal."

Due to its geographical isolation and the logistical challenges of internal transportation—there was no airport in Molde until 1972—American jazz came later to Norway than other parts of Europe. By the early 1960s however, Vitali paints a picture of a healthy jazz scene, with around thirty jazz clubs in the country and the arrival of a "breeze of modernity" whereby free jazz co-existed with the swing and mainstream practitioners. By the middle of the decade however, twenty of these clubs had closed, perhaps, the author posits due to a lack of public interest in the free jazz that was gaining acolytes and because of the explosion of rock and pop that came with The Beatles.

Norwegian jazz received another tremendous impulse with the arrival in Oslo in 1970 of Manfred Eicher and the beginning of the "Norwegian ECM generation." The aesthetic of the legendary German label has prompted countless reviewers ever since to wax lyrical about the "Nordic Tone," a reductive term that ignores the diversity of Norwegian jazz.

Vitali covers in some detail the influence of folk—with Garbarek and Torgrim Sollid catalysts—classical music, marching bands and the church, which all impacted to varying degrees on the development of jazz. The church in particular was often the only place outside the cities that offered space and instruments: "Over the years I played a lot in churches and with choirs," recalls Tord Gustavsen. "Then, when I began to discover it, the passage into jazz was completely natural."

Norwegian jazz, as Vitali reiterates throughout the book, has never been homogenized; on the contrary, as comes across especially clearly in the second part of the book, it's an incredibly eclectic music. Eicher too, refutes talk of a generic sound to Norwegian jazz: "Really, there are too many clichés around Norway and the Nordic Tone," he states simply. The editor of Jazznytt goes a step further, saying: "Since Jan Garabek began to establish himself on the European jazz scene we're sick of the way it's presented...the usual definition of 'Nordic Tone' followed by the usual mountains, fjords, plains and harsh winters....these metaphors ad nauseum."

Several musicians interviewed by Vitali share their views on the American jazz tradition and in doing so shed some light on the driving force behind much Norwegian jazz. Bugge Wesseltoft states in a 2010 interview: "I believe that in a certain way American jazz has truly stopped...it's like a museum that presents things already done." On Berklee, Torgrim Sollid remarks of his visit there in 1983: "It was like a factory...all the students executed exactly the same phrases. The exact opposite of what we were trying to do! Yes, because, for us, it was more important that, in the phrasing, the personality of the musician survived."

Vitali covers a lot of ground, from the growth of jazz festivals and jazz conservatories to the importance of seminal clubs like Club 7 and Blå. Fairly detailed histories of influential bands such as Masqualero, Jøkleba and Jaga Jazzist are sketched as well as those of pioneering individuals including Nils Petter Molvaer, Mari Boine Persen, Jon Balke, Sidsel Endresen and Jan Bang. The up-and-coming generation is also examined at length, though with the notable exceptions of Gunhild Seim and Hanna Paulsberg, women instrumentalists are conspicuous by their absence. Female vocalists are dedicated a chapter unto themselves.

The author examines lucidly how jazz has influenced and been influenced by sami music, contemporary classical music, electronic music and the club scene. As the numerous musical threads interweave in Vitali's narrative and the boundaries between jazz and other forms of contemporary music become less clearly defined one wonders if I Suoni del Nord... might not have been a more apt title for the book.

One short chapter highlights the independent record labels Rune Grammofon and Smalltown Supersound while another illustrates the ingenuity and influence of the extraordinary Punkt Festival. In addition, Vitali's text is accompanied by scores of color photographs and boxes that provide bite-sized biographies of seminal figures in the jazz and wider music scene such as Randi Hultin, Arne Nordheim, Geir Jenssen and Bjorn Fongaard. An accompanying eighty-minute CD offers fourteen tracks by various artists featured in the book.

In the final analysis, the sound of Norwegian jazz is no easier to define than that of contemporary American jazz. Perhaps the best summation is in the Norwegian approach to jazz as defined by Arild Andersen: "In music sound is very important, space is very important, transparency is important, the dynamic is important; what's not important however, is how ably you can play your instrument, or how fast, or what an impression you can provoke."

Vitali's book is a significant history of post-war Norwegian jazz. In examining the music's evolution away from the American tradition towards ever greater experimentation, the author explains the myriad roots of Norwegian jazz and effectively dispels the clichés. The book also serves as a first rate reference work for anyone interested in delving more deeply into Norwegian jazz/contemporary music.

For the time being Il Suono del Nord: La Norvegia protagonista della scena jazz europea is only available in Italian but it's to be hoped that an English translation will introduce the book—and Norwegian jazz—to a much wider audience.