Home » Jazz Articles » Charles Lloyd and The Marvels: I Long to See You

Charles Lloyd and The Marvels: I Long to See You 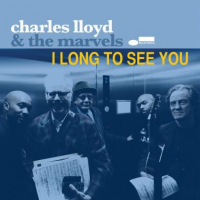 Rather than easing off since turning seventy in 2008, Charles Lloyd has instead upped the ante, producing some of the finest music of his career. Whatever spiritual quest Lloyd is on, it continues to spur the veteran saxophonist to heady musical heights and I Long to See You (Blue Note, 2016) is no exception. Lloyd's well-established rhythm team of Rueben Rogers and Eric Harland is joined by Bill Frisell—whose presence marks a return to the guitar in Lloyd's music for the first time in almost fifteen years—and steel guitarist Greg Leisz, on a sparkling set comprising anti-war folk anthems, traditional tunes, spirituals and Lloyd's trademark yearning improvisations.

Lloyd and Frisell are a logical pairing, sharing as they do an abiding curiosity for musical exploration across genres. For Lloyd, playing with the Beach Boys in the 1970s and latter-day collaborations with Greek vocalist Maria Farantouri (Athens Concert, ECM, 2011), or the lyra and cimbalom-colored suite of Wild Man Dance (Blue Note, 2015) have proven as natural excursions as Frisell's own forays into popular music with Elvis Costello (Deep Dead Blue, Nonesuch, 1995) 'world' rhythms with The Intercontinentals (Nonesuch, 2003) or country music with Nashville (Nonesuch, 1997). The wonder is perhaps that their paths hadn't previously crossed.

Lloyd turns back the clock on Bob Dylan's "Masters of War" and "Of Course, Of Course"—tracks the saxophonist first recorded in the 1960s. On the former, Rogers' brooding bass underpins Lloyd's burrowing intensity, while Frisell and Liesz conjure more subtle airs. Frisell's closing loops ring like some dystopian air-raid siren on this atmospheric anti-war anthem. On the latter tune, Lloyd's sunny flute and electric bass together rekindle flower-power era optimism. Taken at a slower tempo than the original version, the meat is provided by Frisell and Liesz' interweaving dialog over Harland's industry.

The mellow mood is restored on the lovely "All My Trials"—a popular folk protest song of the 1950s and 1960s. Leisz's sliding notes evoke the original Bahamian lullaby, though its Lloyd's purring tenor that sticks in the memory. A brief rendition of "Abide with Me"—sans bass and drums—is sandwiched between two vocal tracks sung respectively by Willie Nelson and Norah Jones. Nelson's soulful gravitas on Ed McCurdy's much-covered anti-war anthem "Last Night I Had the Strangest Dream," contrasts nicely with Jones' susurrus lyricism on the Billy Preston/Bruce Fisher song "You Are So Beautiful"—popularized by Joe Cocker—which brims with the feel of tender, late-night intimacy.

Lloyd's most personal statement, however, is the Buddhist-inspired incantation "Barche Lamsel," an epic ensemble mosaic that finely balances elegance and drama throughout its sixteen-minute duration; Lloyd's transition from flute to tenor sparks the quintet's flame, the music swelling into something grand yet strangely meditative.

I Long To See You is a consistently beautiful offering—another sure arrow into infinity from Lloyd. 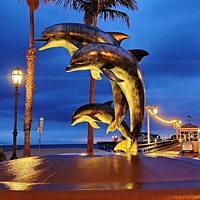