By Matt Marshall
February 27, 2013
Sign in to view read count 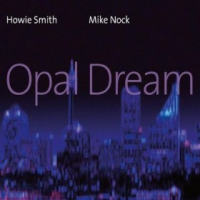 Although their paths didn't cross until 1988, when they first met and performed together in Sydney, Australia, saxophonist Howie Smith and pianist Mike Nock are both important figures in the development of jazz Down Under. Nock, a native of New Zealand, returned to Australia in 1985 after working 25 years in the U.S. with the likes of tenor saxophonist Coleman Hawkins, reed player Yusef Lateef and the pioneering fusion band The Fourth Way, which he helped found. A Fulbright grant brought Smith to the Sydney Conservatory of Music in 1973 to set up the first college-level jazz studies program in the country. While serving there as the Director of Jazz Studies for three years, he also composed and performed, most notably as a founding member of Jazz Co/op. But, more important than this Australian connection, the two share an affinity for musical exploration. Both have ventured far beyond the realms of jazz throughout their careers, covering everything from chamber music and ballet to rock and the outer stretches of the avant-garde.

It is this love of experimentation, and the improvisational chops that enable it, that are largely on display on Opal Dream. Along with five Smith compositions, two from Nock, and one from saxophonist Charlie Mariano ("He's Gone"), the record offers 11 tracks improvised in the studio. These range from the appropriately dark and dreamlike keyboard-sax soundscapes of the album's early stages, to angular, crashing constructions like "Shadow Dancers" and "Earrational Number" that recall John Cage's work, to the traditionally infused numbers "Rag(ged) Time" and "Jamaican Rhumb," that channel—and warp—ragtime and calypso, respectively.

Nock favors a strong left hand, throughout, undergirding many of Smith's compositions and the improvisations alike with simple, repeated figures that leave plenty of open space into which cyclical right-hand lines and emphatic, jumping chords might slip beneath the twisting sax choruses. On his own tunes, "Ever Distant" and "Fallen Angel," however, Nock moves away from the minimalist approach and fashions fully fleshed, bittersweet piano melodies. Smith's soprano and alto sax playing is as emotive, searching, bluesy and whimsical as ever, with clear-throated notes lilting on melodic waves, lingering and expanding, launching into high-pitched wails, and descending as wonderfully curved streamers of metallic sound. "To Be, Ornette, To Be" and "Wayne's Whorl" (the album abounds with word, as well as sonic, play) dip into the innovations of saxophonists Ornette Coleman and Wayne Shorter, the latter tune refashioned from a composition originally penned for the 13-piece Jazz Unit with which Smith plays. The title track, recorded not in Sydney in 2012, like the rest here, but 15 years prior at Cleveland State University (where Smith has taught since 1979), fashions a dreamscape flitting the gap between depression and spring-like expectation. The tune takes its rightful place at the album's core, reflecting its wavelengths forward and back.

For all its improvisation, Opal Dream works marvelously well as a whole, with the spontaneous pieces linking the compositions into a fully realized story, plotted, as it were, through the language and logic of dreams. Like dreams, this story picks up from the life of the dreamers, freely rearranges and twists the reference material, amplifies its emotional impact, and lays it out as something at once vibrantly new and warmly familiar. Here the life is music, and, lucky for the listener, the dreamers have already heard and played earfuls.