BY C. MICHAEL BAILEY
December 1, 2014
Sign in to view read count
Canadian David Ian is a space oddity. Embodied in a single musical psyche is one, a speed-metal guitarist shredding the Marshalls and two, a sensitive jazz pianist finely crafting holiday music circa 1960. Necessarily, Ian channels Vince Guaraldi, that quasar about which all holiday jazz music orbits. But he is no mere imitator, using his considerable talent for arranging to contemporize his performance.

Pianist David Ian very carefully puts together a holiday recording that could have arisen from a single-malt scotch opened up with a splash of water and seasoned with the smoke from an unfiltered Chesterfield. So potent is Ian's grasp of the late '50s, early '60s shtick, the listen may look for the Rat Pack appear.

Singers Acacia and Andre Miguel Mayo provide curiously perfect support to Ian rather than the other way around. Acacia's coquettish "Have Yourself and Merry Little Christmas" recalls a young Judy Garland. Ian's trio is relaxed and breezy. Mayo scats his way into "Let It Snow," in duet with bassist Jon Estes. Ian enters as an afterthought on the electric piano, giving the piece a decidedly hip ring. The two delightfully duet on a reprise of "Christmas Time with You."

Ian's most arresting solo piece is "Silent Night," where he plays the song largo and with an Ellington brevity and wit. Vintage Christmas is a fulfilling and satisfying holiday offering. 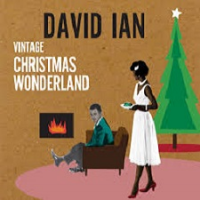 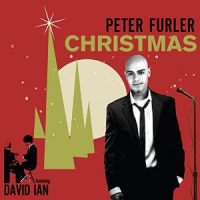 David Ian slips under the wire this holiday season beneath the banner of vocalist Peter Furler who, like Ian, has an alter ego performing edgier music, in Furler's case, the contemporary Christian variety. Startling is Furler's voice, which has a generous sweetness to it, kind of like what Chet Baker might have had, had he had a soul. Coupled with Ian's polished arrangements and the abbreviated presence of strings (a holdover from Vintage Christmas Wonderland.

"We Three Kings" breaks ground with Furler's voice, heavy with reverb, dueling with Jon Estes' arco bass. Ian's playing is bell-like, melding well with the strings, which are understated. Background vocals are used in a novel way, accenting Furler's delicate instrument. This is taken to an extreme on "O Come O Come Emmanuel," which, while brief, is the most arresting piece on the recording.

This recording is exceptional because of the triple point of Furler's voice, Ian's arrangements, and the magic that occurs after the first beat is struck. While Furler's voice is exceptional and a necessary centerpiece to the recording, it is Ian that remains the Oz behind the curtain. With his recent Valentine's Day (Prescott, 2014), we know Ian is not a one trick pony. It will be fine to hear what he has next.