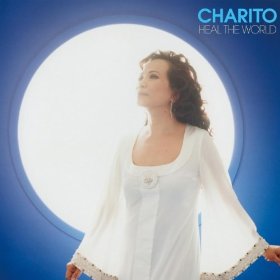 Michael Jackson's music has never been bound by genre lines. Jackson will always be known as the "King of Pop," but his recordings have always had a near-universal appeal that transcends any single category. While odd behavior in his private life—and repeated allegations of misconduct with minors—cast a pall over his image in his later years, his artistry was the one thing that was never in question.

When Jackson passed away in 2009, a few things happened. The controversial accusations were dragged out for one last parade, people mourned his passing and, most notably, music fans realized that they could publicly endorse and applaud Jackson's body of music without any guilt or required discussion of what Jackson may or may not have done outside of music.

While the mention of Michael Jackson and jazz in the same sentence will, more often than not, bring to mind Miles Davis' take on "Human Nature," several artists, in the wake of Jackson's passing, have taken a more in-depth look into his work. Organist Joey DeFrancesco delivered an all-Jackson program on Never Can Say Goodbye: The Music of Michael Jackson (HighNote, 2010), and now, Charito shares her vocal gifts on the Harvey Mason-produced Heal The World (Zoho, 2011).

Charito's voice is charming at every turn, and she brings a natural sense of clarity and positivity to all ten Jackson-associated gems that she takes on. Jackson's entire career—from The Jackson Five ("I'll Be There") and The Wiz ("Ease On Down The Road") to Quincy Jones-produced classics ("Rock With You") and early '90s radio staples ("Remember The Time")—is given the Charito treatment.

The theme of the album and the track-to-track continuity in production, which gives the music its contemporary jazz sheen, ties all the material together, but that doesn't mean everything sounds the same. In fact, a great deal of variety can be found: "I Can't Help It" becomes a Latin dance number, with some help from flutist Hubert Laws; Mason's vibes bring something new to a gentler "Rock With You"; and Michael Ruff provides some beat boxing that perfectly highlights the rhythmic direction on this sly take of "Remember The Time." The backing tracks on "Never Can Say Goodbye" sound like something off a Sade album, making this one a likely choice for smooth jazz radio, but the piano solo at songs end and the vibrant vocal delivery on the followup track ("Ease On Down The Road") breath life back into the music.

As the album comes to a close, Charito shares Jackson's plea for togetherness, peace and unity ("Heal The World") as her final artistic statement. Duke Ellington felt that only two types of music really existed: good and bad. Jackson's music, more often than not, fell into the former category, and the same can be said for Charito's contemporary take on classics from Jackson's repertoire.

Rock With You; Man In The Mirror; Human Nature; Remember The Time; He's Out Of My Life; I Can't Help It; I'll Be There; Never Can Say Goodbye; Ease On Down The Road; Heal The World.