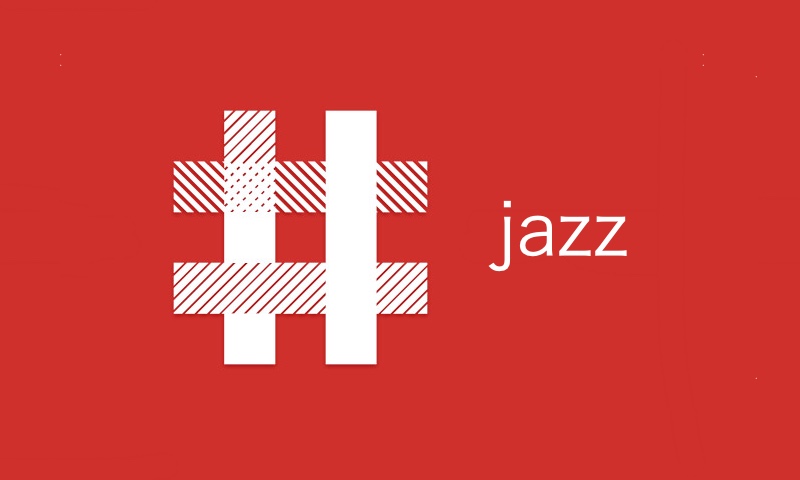 By Margret Grebowicz
October 22, 2015
Sign in to view read count
In his 1994 study Thinking in Jazz: The Infinite Art of Improvisation, Paul Berliner describes American jazz as a community cutting across "boundaries defined by age, class, vocation, and ethnicity" and concludes that "it is their abiding love for the music that binds this diverse population together." (Berliner, 1994, p. 36) Twenty years later, jazz community can no longer be described in such unified terms. In fact, many contemporary musicians and fans are unified around the idea that jazz-the-artform is dead. Perhaps not dead and buried, but at least stuffed in the taxidermic sense, museified in a sort of jazz diorama. No example illustrates this better than that of the International Thelonious Monk Competition, held every year for a different instrument. A running joke in the scene is that if Monk were alive today, he would stand no chance of winning the Monk piano competition, because the music has become demographically white, aesthetically white-washed, more subject than ever to commercial pressures, and controlled by conservatories.

There is no question that jazz is in trouble, but the precise cause of that trouble is difficult to isolate and even the exact shape of it is not so easy to describe. Esperanza Spalding's Grammy for Best New Artist, for instance, was for some a reason to celebrate, a sign that the public has finally embraced jazz. For others, it meant merely that her music is in fact commercial, and the awards have once again gone to the sellouts, while the real jazz players and composers, the ones who challenge us aesthetically, intellectually, and sometimes even politically, continue to wallow in un-Grammied obscurity. For a good dose of the latter, one need only to check in daily with the anonymous blogger who goes by the name "jazzistheworst," and whose dark, ironic tweets have become a staple of jokes among jazz musicians on social media, like "#FightingForScraps" and "The average age of the Newport Jazz Fest audience is 'deceased.'" (Twitter/jazzistheworst 2015) The author of the blog is a jazz musician, judging by the amount of insider information, and it's interesting to note that musicians love circulating these tweets and blog entries. In the hands of the players themselves, the pronouncement that jazz is in fact "the worst" has become something like a form of resistance, precisely when the music itself has ceased to be resistant enough.

Many deaths of jazz have been announced at the hands of the Internet. Most famously, the Internet means the death of record labels. Anyone can self-produce a record, which means the loss of the old meritocratic weeding out mechanism that labels ostensibly provided. Jazz is also dead because artists can no longer count on record sales for a sizeable portion of their income. This affects everyone, from bandleaders to side musicians. Incomes are falling steadily, causing more and more players to look for work teaching privately and trying to get university positions, many of which take them away from urban areas, which are the only places to gig. Heated debates about the deaths and rebirths of jazz take place on Facebook, the very place where musicians announce their gigs. But technologies are themselves non-innocent. They do not merely reflect these debates and conversations back to us, but bring to the table their own, built-in imaginaries of community by definition. Thus, as jazz musicians talk to each other about the scene, the fact that they do it as a mode of belonging to social networks matters to what is said.

I'm interested in the effects of what philosophers have called "the death of the social" on jazz, and especially on the online debates about race in the contemporary scene. Melancholy longing for a lost Blackness, a longing whose correlate is an aversive paranoia about whiteness, especially one's own, is ironically becoming deeper the more we participate in the very technologies which mark this particular neoliberal late capitalist moment. Many white musicians are arguably even more focused on the Blackness of jazz than Wynton Marsalis and Nicholas Payton once were in their famous online debate. White musicians now blog about the need to check out the tradition and to learn about its roots, be those in Africa or the Black church. Meanwhile what is emerging in response to this is a sort of safe, gentrified version of Black music, which continues to fulfill white fantasies of Blackness, while other stories of avant-garde Black music are completely missing from the conversation, namely the ones not as easily linkable to New Orleans, gospel, commercial funk, and what counts as "Black music" today (Ornette Coleman, Art Ensemble Of Chicago, Sun Ra, George Lewis, Anthony Braxton, etc.) Perhaps because it is historically too connected to the European avant-garde, this African American art music tradition is consistently excluded from today's online debates about jazz and race.

To understand the gentrification of jazz we must look beyond economic factors and the backdrop of American race politics, and more closely at exactly how the Internet shapes social "life." The race conversation is about a lot more than race. An expression of a desire for a common ancestry, it is also about community (musicians of all races agreeing that the music is "really" Black, for example) and thus a shared project, or common values. For jazz, a crisis of community has special consequences that go beyond the effects of "the jazz hang" on one's professional future. Since the social is so operative in small group improvised music, anxiety around social life necessarily affects the music itself at the most basic level, the level of the playing. My working hypothesis: that the modes of sociality created by the Internet shape what counts as being-in-community today, which in turn affects the relational aspects of improvisation.

Adapted from "The Internet and the Death of Jazz: Race, Improvisation, and the Crisis of Community" in 21st Century Perspectives on Music, Technology, and Culture, edited by Richard Purcell and Richard Randall, to be published in 2016. Reproduced with permission of Palgrave Macmillan.