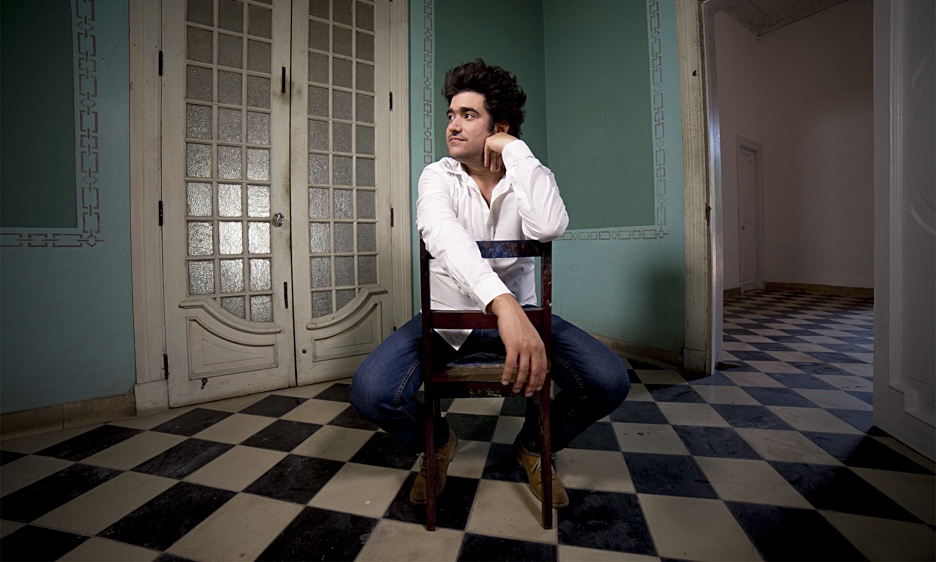 Cuban piano sensation Harold Lopez-Nussa blessed the Bay Area with a Thursday evening performance at Berkeley's Freight & Salvage venue. He fielded quite an unusual and extraordinary band for the evening's exciting and heart-warming gig for a smallish but intimate crowd, with many musicians in attendance.

The front line was Swiss harmonica phenom Gregoire Maret, acoustic bassist Luques Curtis of Eddie Palmieri renown, brother Ruy Adrian López-Nussa handing the drums to round out the rhythm section. As has become the norm for Harold López-Nussa, every player was kickin' it.

One of the early tunes, "Y la Negra Bailaba" (And the Black Woman Danced), was penned by the legendary Cuban pianist and composer Ernesto Lecuona. What a fine dance tune it is—it was too bad that there was no dance floor available on this night. Mr. Maret gave an extended solo so good that the audience spontaneously arose for a standing ovation right in the middle of the tune. His playing was so soulful that even he was dancing to it, and sallied right over to the drummer to give him highlighting cues. He conjured the sounds of piano, flute, and oboe and had the rhythmic skill of a drummer. You will come to know far more of this extraordinary musician.

Harold López-Nussa is a heartful man, so it was no surprise that he provided a most upbeat performance. He exudes a bright, happy aura and is assuredly surrounded by angels. He was havin' a good time, and so were we.

He had "Cuban Jr. Mance" soul and speed-chops galore during his more up-tempo solos. At times, his hands looked as though a film editor had accelerated them. His unique technique displayed total command of his instrument—even doing glissandos not only with his thumbs but with the outer wrist edge of his palm—this cat was on fire.

Tonight was the first time I have ever heard Luques Curtis on upright acoustic bass. He introduced one tune—not named—with a slow, mournful guajira-like montuno that he stayed with throughout the piece. It formed a powerful, soulful, and rhythmic platform for the piano and harmonica solos, which eventually segued into trading eights with drummer Ruy Adrian.

A monster in his own right, Ruy Adrian, though busy, was always hip and on point. He consistently maintained the underlying Cuban-Latin-African claves root rhythm. His hands and feet could've belonged to four different people, and he had a tremendous dynamic sense that afforded him ease at any volume. At one point during the set, he jumped off the drums to play an endearing piano duet with his brother, showing himself to be a competent pianist as well as a butt-kickin' batteur.

The combo capped off the evening with a fine rendition of the groove tune, "Mozambique," leaving audience members Mozambique-ing out the door. This was one ultra-fine night out.