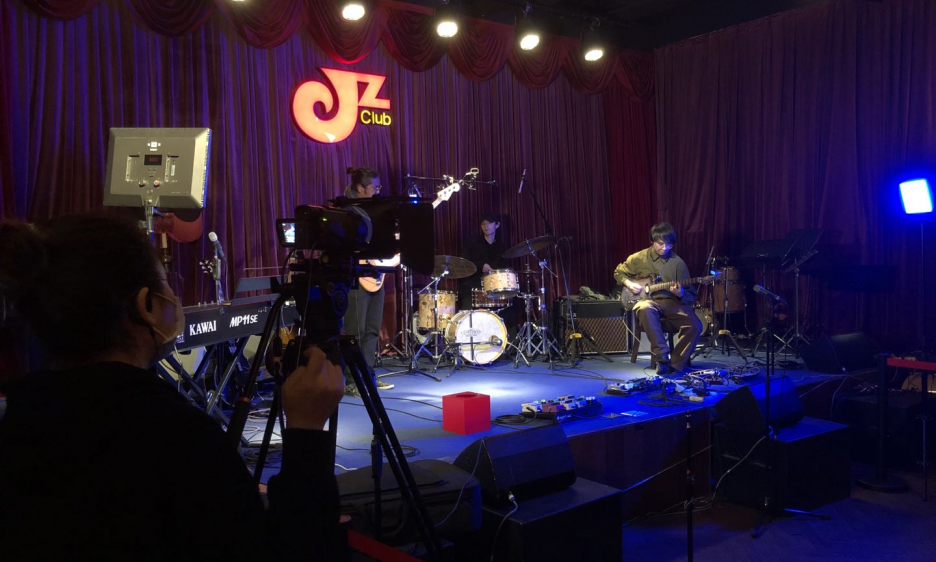 By Jiaowei Hu
April 28, 2020
Sign in to view read count
The festive electronic music pours out of the Vietnamese restaurant across the square, welcoming back its customers, already at two-thirds volume compared to before the COVID-19 pandemic. Su Yan frowned: "It looks like hiring a DJ does help the business. But what can we jazz clubs do with DJs?"

As the Director of Publicity at JZ Club (a major jazz venue brand in China, based in Shanghai), Yan together with his company, has been in the most hard-hit sector since January. While museums and galleries in China have started to unlock doors and sell tickets, live performance venues are still at the very end of queue. Throughout the pandemic, JZ has been relentless in battling the hardship.

They have taken a step forward.

Half Reopen: Going Through the Turbulent Way

As of April 3, JZ's three venues—Jazz Cafe Wooden Box, JZ Live and JZ Club—finally reopened their doors, one after the other. However, prior to this long-awaited reopening, these venues had removed their opening announcements from the social network not once but twice.

Now these venues are open again, but the good news is somewhat diluted, because whilst they are back in business they are operating without live performances.

Subjected to the pandemic's drastic global spread, it's maybe to be expected that the recovery process is by no means linear.

In the wake of a few resumption guidelines issued by the government in early March—initially viewed as signs of policy relaxation, Chinese authorities about turned and tightened measures once again, before the end of March. By a series of further restraining orders, the government has continued to curb gatherings and international travel.

The hardest blow came on April 8, when the State Council issued a statement to guide the resumption but singled out the entertainment industry. The circular states that "the reopening of entertainment venues and leisure activities should be carefully considered," and "suggests" those places remain closed. In the torment of "pending further notice," the disinclination to downsize or permanently shut down the venues of certain decision-makers' is wavering.

By that time, JZ's three venues had been re-opened for over a week. It remains uncertain whether the latest announcement or the following ones would force them to close.

On JZ Club's first night, April 3, the determined team opened the venue two hours later than usual and seized every minute to live-stream a multi-band show to an empty auditorium. The receptionist stopped every visitor at the front door until the streaming was finished.

"See? That man outside, with a tag hanging around his neck, is on patrol to ensure everything is in order. Earlier when we were on standby, he came in and asked whether it was going to be a public performance," shrugged the staff.

About 7000 people watched the show, while only around 200 were simultaneously online. Most Chinese video websites and streaming platforms don't offer playback services as Facebook does.

After a tireless two-month effort, virtual concerts in China have more or less hit a lull. Since the phased resumption in most other industries, the participation of Chinese audiences have stagnated and, to some organizers, suffered a backslide.

The majority of virtual campaigns in China are led by performance venues, rather than individuals, artist ensembles or nonprofit organizations. As the honeymoon period fades, many of the online programs have been going astray from an expedient into a routine of dull normalization practice, miles away from the original vision.

In the absence of a comprehensive platform to facilitate centralized audience outreach, Chinese venues are loosely running their programs. The embedded blog function of WeChat has been used as a free promotional tool, to disseminate information in more of a primeval way. As the days pass, the planners' social influences have been constantly narrowed down to the local jazz community.

It cannot be clearer that the fight against COVID-19 is likely to protract for months. Rather than pop-up events, virtual events planners will have to be more farseeing to map out a step-wise strategy containing tactical project kits on an ongoing basis.

Rumors of cancellation are already in the air. Further steps of the pending JZ Spring Jazz Festival in May will have to be gradually revealed in response to changing circumstances.

"We were wrong," recalled Yan in early April, when the State Council hadn't yet issued the latest restraining ultimatum. "At first we intended to retain the open-air events to avoid confined spaces. To our surprise, the local authorities—on the contrary—preferred us to shift the events from outdoor to indoor."

Perhaps that's not surprising at all. Whether for organizers, venues or local authorities, it is easier to have the situation in control amid COVID-19 when you can reduce audience numbers be informed of exactly who will attend the events, and conduct preliminary check-ups on their health condition upon entrance. But this brutally curbs stakeholders' profits, as well as the social impact which they wish to achieve.

According to the previous resumption guideline issued by Shanghai Municipal Administration of Culture and Tourism in early March, performance venues were only allowed a partial resumption. To better practice social distancing, some special rules had been introduced, including seat separation and attendance levels at no more than half the venues' capacity.

Unfortunately, the global pandemic has become increasingly unpredictable and so are the official directions. Resumption guidelines, as restraining as these existing ones, have been left idle. They may not come into effect until several months after release.

The Loophole: Every Club Wishes for a Kitchen

JZ is navigating the policies' gray area by running three venues with empty stages. While they used to count the jazz fans coming to the shows, now they are anxiously waiting for diners and drinkers. They managed to switch to the "survival mode" thanks to the JZ jazz venues' saloon-cum-bistro design, and the support from their highly efficient back kitchens.

"I am not worried about JZ Live or Wooden Box, for they are surrounded by office buildings. Sooner or later, the white collars nearby will consider having meals there. But the JZ Club being our flagship is tucked deep in a subsurface plaza... and has to compete with so many restaurants and bars in the neighborhood," Yan frowned.

By the end of JZ Club's first night (April 3), a young couple strolled in, ordered drinks, and sat down for a while. As they stared at the empty stage from time to time, curiosity became the sole expression on their faces.

Wooden Box, which has now been re-open for three weeks, is picking up gradually. According to the staff, customers during the first week were only sporadic, and the total was less than one-fifth of the pre-pandemic average. No one wanted to have high hopes for what was to come. But the number of dine-in customers, gratifyingly for the owners, is slowly growing.

Clubs with a back kitchen survive better than bars without one. The flagship JZ Club, unsurprisingly, has become the least popular site among all JZ venues. "We are too conservative," sighed Yan. The night owls now prefer the restaurants and bars next door—who usually have outdoor dining tables and even DJs—over the mild JZ Club. It seems the old 52nd Street days are back, where the louder venues get the visitors.

On April 14, JZ Club announced it would remain open only on Fridays and Saturdays.

Full in Delivery: Every Kitchen Wants a Slice

To reduce the gaping deficit, JZ is now counting on its new business. The beep from food delivery apps swings the best.

They are trying to lure customers by planning new takeaway menus. To meet the needs of office workers, Jazz Cafe Wooden Box has rolled out various lunch sets priced from ￥30 to 40 yuan, or roughly $4 to 5 dollars, which is slightly below that of their competitors in the same area. The delivery has proved to be a success just one week into its introduction. They now receive more than forty orders on an average workday.

Other venues, like Blue Note China, have also shown an interest in delivery services. April 15, its Beijing club launched a takeaway business. As for April 22, their back kitchen—now at the front-line—has received sixty-one orders, without advertising. Thirty-one verified purchase reviews have been made so far which are all rated five-star. According to a customer, "Having ordered twice in one day, I have the venue on my wish list now! Definitely I would like to dine in and attend some live performances when Blue Note Beijing reopens. I heard that the show and food are both great!"

Jazz venues are not alone. Some art museums have also joined the game. It might help to foster the brand image if some artistic gimmicks are played in the product or menu. Because food options on delivery services could all be summarized in words like 'value for money,' 'straightforward' and 'fast,' all of which are contrary to the image these brands are trying to promote.

Now, Chinese jazz practitioners have finally wakened up to the grim reality. Normalcy is still miles away until the whole planet returns to normality. Moreover, show business is at the very end of the long list of industries to recover.

But everyone is begging the same question in frustration: how much longer will this be going on?