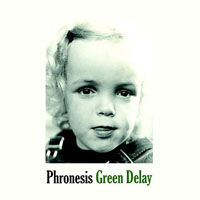 Characterized by intense, bass-driven grooves in odd time signatures, lyrical melodies, and fantastic interplay, this album shows Høiby's flair as a composer, whilst framing the pure strength of the performers as contemporary improvisers. The trio displays a great balance between members, where all three equally contribute to the momentum of the music, and they all have their spotlight moments too.

"Abraham's New Gift" sets the scene. A frantic riff—played by the bass and doubled by the left hand of the piano—sets the album off with energetic force and direction. Freer sections allow the groove to drop and rebuild, opening up for solos. As if the rhythmic complexity provided by Eger and Høiby isn't inspiring enough, Neame solos, un-phased, with astounding harmonic command.

The title track is a carefully crafted composition. The melody grows out of another intelligent bass line, where a rhythmic displacement between the two gives the stunning effect of the lines moving as if they are chasing each other.

The mood is set on "Rue Cinq Diamants" by a slow and hypnotic bass ostinato that repeats for the duration, allowing space for some fantastic textural playing from Eger. Neame's ethereal and pointillistic melodies add to the hypnosis, painting a sinister dreamscape.

"Love Song" is a particular stand-out track that shows all three players at their best. Høiby plays both the bass line and melody, cleverly intertwining the two, with Neame doubling for effect followed by three stunning solos. Pianist Herbie Hancock's influence on Neame is clear; similar parallels can be drawn between Høiby and Avishai Cohen, who has himself spoken out in admiration of Høiby's work.

Throughout the album, Eger provides great textural support, particularly on "Summersault," where he takes advantage of the vast textural palette that can be produced from the drum kit. This, combined with infectious groove playing, fleshes out the sound of this trio—a format that can sometimes fall into the trap of sounding too sparse.

Listening to this record, it quickly becomes clear just how tight Phronesis is as a unit. Although Høiby's cerebral compositions probably require considerable rehearsal, the interplay and reactions between the players seem completely natural, giving an impressive overall feel. In the liner notes, Høiby dedicates Green Delay to his sister Jeanette, who has lost her sight. Touchingly, he writes "Sister, now that your eyes have ceased to work here's something for your ears." As Høiby's reputation grows, it's a certainty that it won't just be Jeanette's ears that are listening hard.