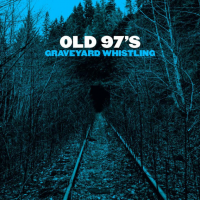 Much of the evolution occurring within a given genre of music occurs in response to predominant movements within that music. For example, in jazz, bebop was a response to the swing era, the latter emphasizing ensemble charts over individual virtuosity and the former celebrating the individual soloist in improvisation. Bebop stimulated the cool jazz movement, featuring music equally as technical, but with a softer texture and finer arrangements. These trends in jazz occurred between 1945 and 1950. The behemoth that is rock (or country) music has taken longer to evolve according to its reactions to itself. Rock music's golden decade was the 1970s. Much to the music made was simple and, in its simplicity, was lofi essential. What came with the 1980s was the face of Led Zeppelin launching a million hair bands with half the talent, giving us a decade of music doubtlessly worshipped as the "best" by those coming of age in it but inferior nevertheless in comparison to what came earlier.

This is why the mid-1990s saw the rise of music that was a throwback, music called alt-country, Americana, roots rock, and the like. A pioneer in this movement is the Old 97s, who have been redefining the music of their sacred Texas for the past 25 years. The Old 97s have an interesting position among the other pioneers of roots rock, like Uncle Tupelo, Drive-By Truckers, Son Volt, Wilco, and The Bottle Rockets. Stylistically, the Old 97s are 100% Texas, equally capable of playing a Buddy Holly rave-up, a Bob Wills' dirt swing tune, or a Tex-Mex hybrid of Mariachi and other Mexican genre. Rhett Miller can be credited with having a superb ear for the music of his native Texas and what Miller doesn't know, Murry Hammond certainly does. Both men provide the voice of the Old 97s, their live harmonies recalling the ragged high and lonesome Keith Richards provided Mick Jagger, circa 1972. Drummer Philip Peeples may be the most integrally important member of the band because of his ability to play most every two-step beat there is. Lastly, lead guitarist Ken Bethea has always been counted on to provide the whiskey shot to the rest of the band's chaser.

All of the above pours conveniently into the band's eleventh studio recording Graveyard Whistling. The group's previous recording, Most Messed Up (ATO, 2014), definitely begged the question of now that the band members are in their 40s, how can they continue singing about the circumstances of being in one's late-teens and early 20s? If we use the Rolling Stones as an example, we might not benefit from inspecting too closely. But what of Graveyard Whistling? It is the band's most country recording in recent memory, with the presence of pedal steel guitar on "All Who Wander" and "She Hates Everyone." The Old 97s still rule the entire spaghetti western soundtrack vibe as can be heard on "Good with God," which features Brandi Carlile portraying a wickedly fickle divinity. "Jesus Loves You," smacks of Buddy Holly's "Peggy Sue," and is pretty damn clever to boot. On Graveyard Whistling we find Miller struggling with his God and coming out okay.

I Don’t Wanna Die in this Town; Bad Luck Charm; All Who Wander; Jesus Loves You; Good with God; She Hates Everyone; Irish Whiskey Pretty Girls; Nobody; Drinkin’ Song; Turns Out I’m Trouble; Those Were the Days.