By Doug Collette
December 12, 2021
Sign in to view read count
The more Gordon Grdina works, the more clearly he follows his own course(s) of action. Following in fairly short order the releases of the Nomad Trio (Skirl Records, 2020) and a septet effort, Resist (Irabbagast Records, 2020), the guitarist/oud master initiates his own label imprint, Attaboygirl Records, with two simultaneous releases (and another to come in early 2022). In keeping with his highly individualistic attitude, one is a solo recording, while the other is the debut of a new ensemble called Square Peg. Grdina's ease with both composition and improvisation is rooted in a combination of consummate confidence and self-awareness, so it should come as little surprise he is now marrying his artistic and entrepreneurial ambitions: it is but a natural progression in the career of a musician who has no hesitation to follow his muse and his own internal compass simultaneously. 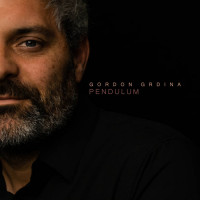 Like the great athlete who sees the action ahead of him unfold in advance, Gordon Grdina has advanced powers of anticipation. A virtue no less crucial when he plays by himself than when he is contributing to an ensemble, this attribute allows him to either choose a theme and introduce it then promptly move on ("Benbow Blues") or, alternately, repeat a motif to reaffirm its impact as necessary ("Contra"). There's a palpable tranquility in most of the cuts here, no doubt due to the poise this man commands on both his instruments: even as he unleashes a flurry of notes during "Koen Dori," there's not a whit of hurry or undue haste on his part. Indeed this is a musician who keeps pace with his muse and his instincts equally keenly, embracing whatever level of inspiration strikes him and nurturing it so that it flowers fully, for instance, "Wayward." The intimacy of such music nevertheless radiates an inclusive air throughout the inescapable, circular logic of its fifty-plus minutes. 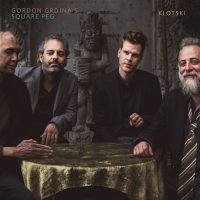 The rigor Gordon Grdina applies to his own musicianship carries over into the taut interplay of the ensembles he leads. By dint of his regular use of the centuries' old fretless stringed instrument, the oud, plus the regular inclusion of viola, violin and cello, the British Columbian's music spans ages. As such, the leader's use of an electric guitar only distinguishes Klotski almost as much as bassist Shahzad Ismaily's utilization of the Moog: the sounds of the synthesizer seem like clouds wafting above and around the mix of the other instruments. That backdrop only renders more stark the contrasts within the interplay of his bandmates, not the least of which is the leader's pointed tones. The pristine likes of of John Raham's recording and Chris Gestrin's mastering only further magnifies such clear relief and thus highlights an altogether eerie air conjured by the quartet: the evocative atmosphere suspends time in more ways than one as the eight pieces intertwine in loose but nonetheless sharp, filigree.