BY IAN PATTERSON
September 20, 2012
Sign in to view read count 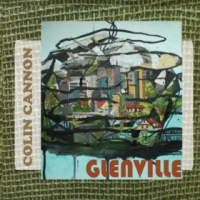 Though still in his twenties, guitarist Colin Cannon has been performing in New York and along the East Coast for a decade. His debut as leader, In Summary (Self Produced, 2009) revealed a young composer with ideas aplenty, and a guitarist with a broad musical palette. If that album was slightly Pat Metheny-influenced—Cannon and Metheny were both tutored by Mick Goodrick at Boston's Berklee College of Music—on Glenville, Cannon establishes a more personal identity, without sacrificing the melodic and lyrical vein of his debut. The tight, assured interplay of the quartet is the natural fruit of another three years gigging together, and the result is a strong follow-up with plenty to savor.

The sound of street bustle, gentle loops and a delicate acoustic guitar passage announce "Marion St. (intro)." This short intro segues into "Too Big To Fall," whose underlying riff almost rivals Led Zeppelin's "Kashmir." Skipping between jaunty, unison-stated melody, pianist Manami Morita's freewheeling blues improvisation and Cannon's searing, fuzz-toned guitar shredding, this kaleidoscopic number draws on myriad sources spanning the last century of blues, jazz, fusion and rock. And yet, in its uninhibited hybrid vision, it's so utterly of today. All the tracks run seamlessly into each other, and whether intended as an extended suite or not, it's clear that great consideration went into the sequencing of these compositions.

Following such an explosive start, the vignette "Kinda Out (Interlude 1)" serves as a palette cleanser, leading into the lyricism of "Seasick." Cannon's clean tone and fluid soloing may constitute the guts of the composition, but subtle vibes, simmering bass and bristling drumming provide canvas and frame. Cannon's unaccompanied guitar intro to Lennon & McCartney's "Dear Prudence" is gently beguiling, with the quartet joining in subtle Bill Frisell-style exploratory mode. Zak Croxall' s bass solo opens up a gap into which Morita dives, taking the tune by the scruff of the neck in a scurrying solo, with Thomas Hartman's constant cymbal pulse the driving force.

The quartet is equally comfortable on the acoustic "Graham," which eschews solos in favor of a strong group dynamic. On the dramatic "Whole Steps," darting vibes and guitar lines evoke guitarist Alex Machacek's aesthetic, sizzling over a strolling groove. A heavy, King Crimson-esque riff provides ballast, as Cannon stamps his personality with a crying solo of distorted tone. An energetic drum solo over a slow grinding piano groove closes the number. Cannon and Morita stretch out "Savant Bar"; the pianist—whose own debut, Colors (Self Produced, 2009), announced a vibrant young talent—unleashes a tumbling right-hand solo full of melodic sparkle, whilst Cannon's charged playing draws liberally from rock and jazz vocabulary.

The ruminative, nostalgic tone poem "Kevin Finnerty" leads into the title track, another reflective vignette colored by brushes and hushed guitar, bass and piano. Closing street noises bring the quartet full circle, as though returning home from a journey. Cannon continues to grow as a composer and musician, and, as this quartet matures, greater depth and nuance reveals itself in the interplay. An impressive recording with broad stylistic appeal.