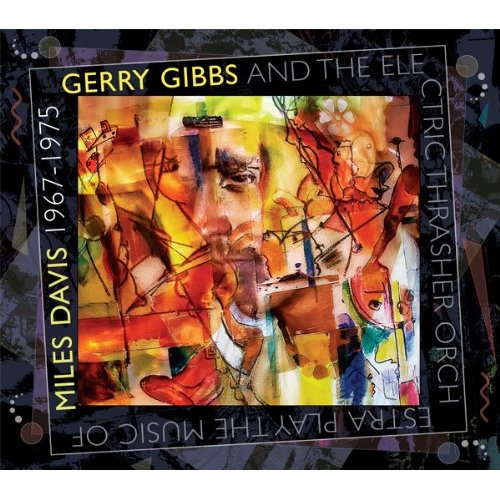 Among other callings, drummer/percussionist and bandleader Gerry Gibbs serves as occasional "aural historian" of the mercurial music of Miles Davis. Gibbs' most recent tribute to one of the most controversial and notorious segments of Davis' career—fusion explorations that began to expand jazz with Nefertitti (Columbia) in 1967 and continued to stretch past even its most elastic points with Get Up With It nearly a decade later—honors Davis' artistic spirit, approach, and some of his most electrifying music.

Plays The Music of Miles 1967-75 was culled from four hour-long sets recorded during one 16-hour session, with Brian Swartz (trumpet and electric trumpet) and Doug Webb (soprano saxophone) admirably blowing the horn solos. "We began playing the song that Miles opened every single set with for many years" (Joe Zawinul's "Directions"), Gibbs explains. Other musicians include guitarist Mike Hoffman, whose resume includes a band led by Tony Williams, one of Davis' hardest-rocking drummers, and inexhaustible bassist Brandon Rivas.

Gibbs' arrangements—more than twenty Davis compositions arranged into two CDs, each CD a seamless, 13-song suite—seem to unify and contextualize Davis' already legendary body of work. They become even more astounding when you press "play." In "Bitches Brew," his rhythms alternate between sharp jabs and roundhouse wallops before simmering down into viscous, murderous funk. His shimmering cymbals and whippersnapper snare gallop alongside Rivas' walking bass to honor "Nefertiti," in an arrangement that doubles trumpet with soprano sax to honor the original's Shorter-Davis frontline. This quickly slips into the shockingly electric "Black Satin," a showcase for keyboard and guitar solos which his snare rocks hard but keeps the groove slippery.

Highlights of Gibbs' second suite include "Right Off," with staccato drum and rhythm guitar tickling its stuttering underbelly before the arrangement seems to turn the music in two directions at one time, guitar chords crashing hard down into the beat while the trumpet soars upward and out. "Pinocchio," "Sanctuary," and "Nem Um Talvez" string together more light and roomy jazz. But in another direction, "Inamorata" illuminates the psychedelic influence—across the spectrums of rhythm, volume, and sound—that guitarist Jimi Hendrix unmistakably had on Davis' music of this period, fueled by drums which Gibbs beats like they stole something from him.