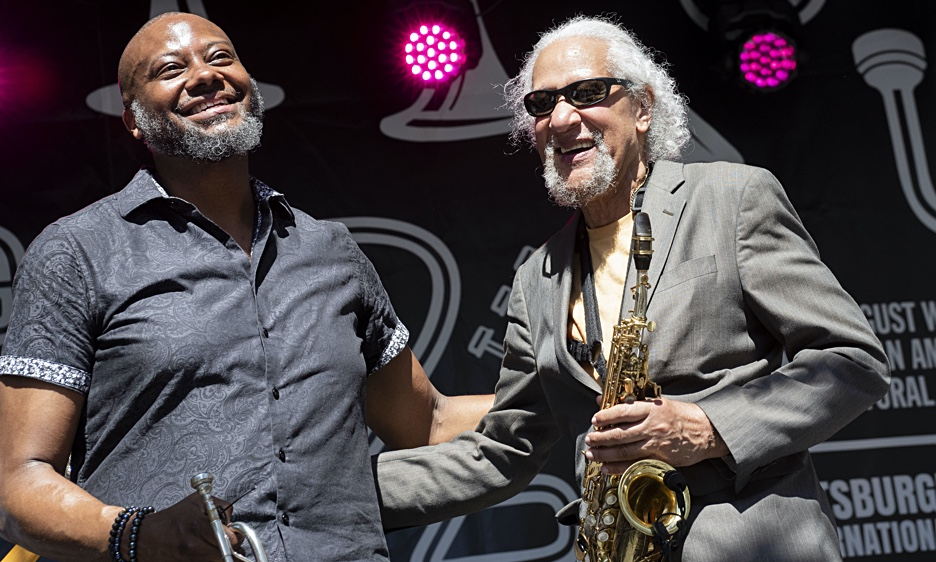 By PAOLO MARRA
December 5, 2019
Sign in to view read count

All musicians can and should draw from their culture for inspiration.
—Gary Bartz

Some jazz musicians are the embodiment of a specific historical period. Their performances conjure memories of the very ideals, passions, and philosophies that characterized an era. This is certainly true of American saxophonist Gary Bartz. After joining Art Blakey and collaborating with McCoy Tyner on the pianist's tenth album, Expansions (Blue Note, 1968), Bartz joined Miles Davis' band in 1970, playing an active role in recording the groundbreaking album Live-Evil (Columbia).

Bartz's diverse musical experiences and interest in the literary works of writer Amiri Baraka inspired his own musical production, leading to the formation of Ntu Troop with singer Andy Bey, drummer Harold White and bassist Ron Carter. Together with this unique combination of musicians who successfully blended soul, funk, African polyrhythms, free jazz, and avant-garde jazz, Bartz recorded his legendary compilation initially released as two albums: Harlem Bush Music: Taifa (Milestone, 1970) and Harlem Bush Music: Uhuru (1971), which were respectively dedicated to the memory of Malcolm X and John Coltrane. The album deals with the major themes of the civil rights movement and generalized angst about the Vietnam War as seen through the lens of Bartz's deep interest in cosmology and growing awareness of the African American community. Harlem Bush Music, Juju Street Songs (Prestige, 1972), and Bartz's solo productions such as Music is My Sanctuary (Capitol, 1977) and Another Earth (Milestone, 1968) have withstood the test of time. They continue to inspire musicians on the contemporary jazz scene, who draw upon Bartz's vision in the same way that the saxophonist himself took Coltrane as his reference figure.

Bartz's collaboration with Maisha is one of ecstatic impact, owing to a shared ideal of music as a means of "expanding one's own mind." The sextet should definitely be counted among the emerging bands of the London jazz scene. Led by drummer Jake Long, Maisha is currently involved in different projects, including one with Nerija and a collaboration with Ezra Collective. Their debut album There is a Place (Brownswood, 2018) shows the creative range of the band in its clear references to free jazz, the cosmic sounds of Sun Ra Arkestra, the esoteric spirituality of John and Alice Coltrane and Pharoah Sanders, and African rhythms similar to Bartz's own work. The collaboration between this emerging band and Bartz, born out of reciprocal admiration and shared aesthetic and musical visions, can now be experienced firsthand at different international venues.

All About Jazz: In 1970, you became a member of Miles Davis' band. What are your memories of that meeting?

Gary Bartz: In retrospect, it was a long process. I started following Miles when I began listening to Charlie Parker and studied Miles and his music since my beginnings. I was a bit upset when he asked me to join his band. I knew all of his earlier music, but he had moved on to more contemporary sounds. I wasn't sure how I could fit in, but his genius was enough to show me what to do.

AAJ: The Ntu Troop, which you founded in the early '70s, has influenced various jazz artists as well as some hip-hop musicians over the years. How would you explain this long-lasting and wide-ranging influence?

AAJ: London's jazz scene is buzzing and thriving with a number of talented bands. Would you go as far as saying that this jazz movement resembles that of the '70s, of which you were a leading figure?

AAJ: This year at the Roma Jazz Festival will be your "debut" concert with Maisha. How did this collaboration come about?

GB: I have been collaborating with [BBC deejay] Gilles Peterson, and he suggested Maisha to me. I trust Gilles' ears and he was right: Maisha is a great new band, and we connected right away.

AAJ: You took part in the festival "We Out Here," a brand new project courtesy of Peterson and Brownswood Recordings. What was that experience like?

GB: It was great, especially because people in England still dance to this music and they were very receptive to us.

AAJ: Are you planning to produce an album with Maisha, or are there any other projects in the pipeline?

GB: Yes, two weeks ago we recorded a direct-to-vinyl recording in the Netherlands, which should be released sometime next year. We will also be touring China, Japan, and other countries.

AAJ: Is it possible for you to quantify the influence of your African roots in your search for a musical style and identity?

GB: It has to do with studying my culture and where my ancestors came from. I think all musicians can and should draw from their culture for inspiration.

AAJ: Have the conditions of minorities truly changed compared to the '60s civil rights movement, or would you say there is still a lot more that needs to be done?

GB: I don't think it has changed much, because my country has never truly dealt with the problems it has created. Two main problems are genocide (which is very much alive in my country) and the lie that there is more than one race. All humans share the same DNA, but our system does not acknowledge that fact.