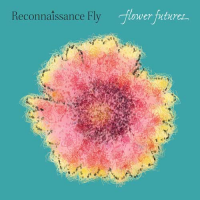 Vocalist, flautist Polly Moller concocted the premise for this album based on collections of Internet-based spam poetry, or as the press release states, "spoetry." It's quite kooky, yet thoroughly engaging. Slight comparisons to small ensemble Frank Zappa, largely from a lyrical standpoint, come to fruition as the band performs with a theatrical flair, and an ideology that could be framed on a soundtrack for a guileful Off-Broadway production. They merge a consortium of unruffled, breezy jazz passages amid brusque unison breakouts and thorny time signatures with the musicians' penchant for mimicking the human element.

This enterprising group is a precision machine. And on "One Should Never," they summon comparisons to the quieter side of vintage King Crimson via Moller's whispery and endearing flute notes. But on other tracks they merge up-tempo two-step dance grooves, funky Tango licks and provide a supple gameplan. In addition, Moller's vocals combine the austerity of opera with a quirky approach, given the often amusing lyrics that bear more than a few chuckles.

"The Animal Trade in Canada" commences as a flute and sax based chamber setting and dappled with avant-garde musings, as drummer Larry the O peppers the movement with bristling and snappy rim-shots. Yet with Moller's vocal refrains, concerning "species" (the song lyrics aren't included in the package) the band shifts towards a Herbie Hancock Headhunters-era funk jazz vibe. They also meld the Latin element into the picture with a multihued composite during "Sanse Is Cred nza," featuring byzantine pulses and the frontline's ballsy soloing spots, shifting towards funk and rock motifs. Other than the ensemble's razor-sharp focus and highly synchronized methodology, a great deal of wit and whimsy propagates an attainable and irrefutably entertaining succession of events.

Small Chinese Gong; One Should Never; As Neat As Wax; Emir Scamp Budge; The Animal Trade In Canada; The Party Constraint; Seemed To Be Divided In Twain; Electric Rock Like A Cat; Sanse Is Cred nza; Oh! Goldfinch Cage; An Empty Rectangle.