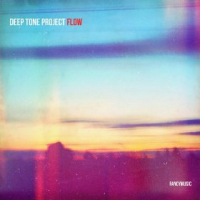 Beyond the recent headlines there is a cultural history in Ukraine that has influenced much of Europe and Western Asia since the middle ages. Under the Soviet regime, much of the country's classical and religious music was banned while the region's folkloric music not only thrived but, after Ukrainian independence, remained a defensive mechanism to counter the unwelcome influence of Western music. Jazz in particular was suspect, having once been labeled by Pravda as "The Music of the Gross." Though change came late—especially in comparison to Poland—Ukraine is now home to a number of regularly held jazz festivals and some very unique voices are emerging from the land.

Turning the once shunned form into refined and world-class music is bassist and composer Konstantin Ionenko, whose previous quintet release Deep Immersion (Fancy Music, 2013) is a study in the influence of discreet power. Ionenko's second release on the Moscow-based label features his Deep Tone Project quartet where he restructures most of the group bringing in guitarist Alexandr Pavlov, drummer Pavel Galitski and retaining Viktor Pavelko on tenor saxophone. Ionenko has worked with fusion guitarists Al Di Meola and Alex Hutchings and UK singer Zoe Gilby while the remainder of the quartet has been primarily working in their native region.

With composing credits evenly divided between Palov and Ionenko, the eight pieces on Deep Tone Project seem designed to nurture the individual skills of the group. "Landscape" gently modulates between Ionenko's driving—but understated bass line—and Pavlov's fluid and intricate playing. Pavelko uses the tenor as a conduit, taking the tempo and liquidly bringing it down before breaking into a forceful improvisation of his own. The lyrical "Odd Fellow" follows similar trade-offs between guitar and sax before "Blue" imparts a noir quality that eventually builds in energy and features fine solos skillfully entwined by Galitski. The ruminative title track features Pavlov and Pavelko trading leads, knit together by Ionenko's direction and Galitski's subdued but colorful pacing.

The compositions and musicianship on Deep Tone Project are a distinctly modern and deftly textured crafting of classical elements and European chamber jazz. The themes are constructed as pleasant explorations, occasionally taking more adventurous turns but always grounded in melody. Ionenko has wisely opted for an all-inclusive format and it is a very rewarding one that should lead to broader exposure for all involved.