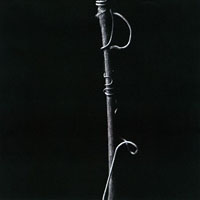 Plenty of artists treat their music as egalitarian, but some projects are more collaborative than others. Guitarist Bill Frisell has long considered his work to be about the greater whole, going so far as to credit the arrangements on Sign of Life (Savoy, 2011), as "(on the spot and subject to change) by Bill Frisell, Eyvind Kang, Hank Roberts and Jenny Scheinman." But Floratone (Blue Note, 2007) was more collaborative still, beginning life as a series of jams with drummer Matt Chamberlain which were turned over to producers Lee Townsend and Tucker Martine to shape into discrete "songs," only to go back to Frisell and Chamberlain, who completed the semi-finished music with additional overdubs from some invited musical friends, including trumpeter Ron Miles, violist/violinists Eyvind Kang and bassist Viktor Krauss. As artificial as this all sounds, the "futuristic roots music" of Floratone felt remarkably natural and organic.

Everyone except Krauss is back for Floratone II, but this time, with no names on the front cover, Floratone is even more clearly a group, its unique approach sculpting music distinctly cinematic in nature. Despite its modernistic edge, the main changes of "Move," which release from the tension built by Chamberlain's processed percussion, echo the theme to the 1964 James Bond film Goldfinger.

Elsewhere, without any overt references, the music sounds like the soundtrack to an imaginary film. Two versions of "The Time, The Place" bookend the fiery, up-tempo "No Turn Back," sharing little in common beyond a simple four-note theme: the first version layered by Miles and Kang over a gentle groove bolstered by guest bassist Mike Elizondo; the second, more ethereal, with trumpet and viola floating atop a rubato foundation where Frisell plays a more dominant role, his delicate, chiming chords hovering above some Hugh Hopper-like fuzz bass.

Chamberlain's snare and bass drum provide a marching pulse for the aptly titled "Parade," but Frisell's skewed dissonance render it something closer to a Tim Burton soundtrack, its overall harmonic approach feeling like a groove-happy outtake from Frisell's landmark This Land (Nonesuch, 1994). Chamberlain's dense funk and Frisell's choppy, Jimmy Nolan-inspired chicken-scratching on "Do You Have It" contrast the layered acoustic guitars that turn James Brown on his side and move him west, from South Carolina to the foothills of Alabama.

Two brief miniatures act as transitions, Kang channelling a Far East sensibility on the hovering "Not Over Ever," between "Parade" and "Move." Chamberlain's processed percussion, Frisell's overdriven harmonics and Elizondo's repetitive three-note pattern on the more grounded "Grin and Bite" support Miles' simple, overdubbed part, coming between the quirky "Gimme Some," and folksier album closer, "Stand By This," where layered acoustic and electric guitars contribute to making it Floratone II's lushest, most eminently attractive track.

As artificially constructed as this music is, it's a sure bet Floratone will never perform live. But as Floratone continues to drive Teo Macero's innovative collage work with trumpeter Miles Davis' late 1960s/early 1970s electric music into the 21st century and beyond, the expansive, cinematic Floratone II gives hope that Frisell, Chamberlain, Townsend and Martine will continue to collaborate well into the future.