Teo Macero is an amazing man of music; he has worked intimately with some of the greatest figures in the history of jazz as, Duke Ellington, Miles Davis, Dave Brubeck, and Thelonius Monk, in the creation of some of their most enduring works.

Attilio Joseph Macero was born and raised in Glens Falls, New York. After serving in the United States Navy, he moved to New York City in 1948 to attend the Juilliard School of Music. He studied composition, and graduated from Juilliard in 1953 with Bachelor's and Master's degrees.

In 1953, Macero co-founded Charles Mingus' Jazz Composers Workshop, and became a major contributor to the New York City avant garde jazz scene.He performed live, and recorded several albums with Mingus and the other Workshop members over the next three years, including “Jazzical Moods” (1954) and “Jazz Composers Workshop” ( 1955).During this time frame, in 1954 Macero also recorded “Explorations.” While he had contributed compositions to other albums, this was the first full album of his own compositions, and Macero's first album as a leader.

He joined Columbia in 1957 in the capacity of producer, and produced hundreds of records while at the label. Macero worked with dozens of artists at Columbia including Mingus, Duke Ellington, Ella Fitzgerald, Thelonious Monk, Johnny Mathis, Count Basie, Dave Brubeck, Tony Bennett, Charlie Byrd, and Stan Getz. He was also responsible for signing Mingus, Monk, and Byrd to Columbia.

Macero produced the seminal Dave Brubeck Quartet album “Time Out,” and Thelonious Monk's first Columbia recording, “Monk's Dream,” as well as “Underground.” He also produced Mingus' first Columbia album, “Mingus Ah Um.” While Macero produced many artists' albums, he had an especially long and prolific relationship with Miles Davis. He produced most of Davis' Columbia catalog, including the classics “Kind of Blue,” “Sketches of Spain,” and “Someday My Prince Will Come.” Davis' later forays into electric fusion, such as “In a Silent Way,” “Bitches Brew,” and “A Tribute to Jack Johnson,” were highlighted by Macero's innovative mixing and editing techniques.

In 1975, Macero left Columbia and formed his own production company. However, he continued to work with Davis until 1983, and still continues to produce records for Columbia.

Since his tenure at Columbia, Macero has continued as a player and producer on other projects as well, working with Tony Bennett, Dave Brubeck, Herbie Hancock, Michel LeGrand, and Wallace Roney.

In the 1970s and 1980s, Macero released a handful of his own albums, including “Time Plus Seven,” “Impressions of Charles Mingus,” and “Acoustical Suspension,” before founding his own label, Teorecords, in 1999. He has since released over a dozen albums of original compositions, and continues to work on new music.

Macero continues to produce reissues of Miles Davis and other artists for various record companies. However, Macero is outspoken in his opposition to the practice of adding back alternate takes that didn't appear on the original albums, or otherwise altering the original music, as it corrupts the intentions of the musician and producer at the time the recording was made. “They put all the mistakes back in,” says Macero. “Don't destroy the original record.”

A film documentary about Macero's life and work is currently being produced by Olana DiGirolamo, daughter of Macero's friend and collaborator, Orlando DiGirolamo.

Memorial Service for Legendary Jazz Producer Teo Macero, May 18 at... 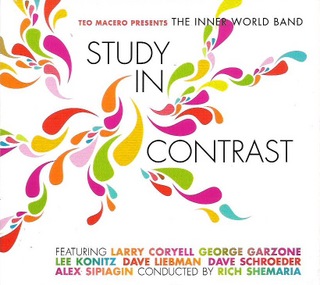 The Best of Teo Macero

All About Jazz musician pages are maintained by musicians, publicists and trusted members like you. Interested? Tell us why you would like to improve the Teo Macero musician page.