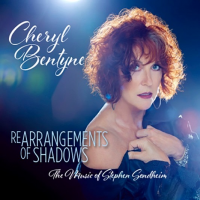 Sometimes, a gathering of our better angels happens, resulting in an exceptional event. In the present case, these better angels are: post-bop jazz, jazz arrangement, Stephen Sondheim and the irrepressible Cheryl Bentyne. All of these elements are present and all in particularly fine form. The post-bop jazz part of this is a chronic bee- in-my-bonnet regarding this poorly-defined musical genre. Post bop grew out of hard bop as Miles Davis evolved from his first great quintet into his second. The genre is characterized by a greater freedom and fluidity in composition and performance. This spirit infuses the arrangements used on Rearrangements of Shadows: The Music of Stephen Sondheim. These free-wheeling arrangements are perfectly in keeping with the music and lyrics of Sondheim, speaking of which, only the songs that Sondheim wrote both the music and lyrics appear in this recital. The presence of John Beasley on piano and arrangements along with Jamieson Trotter and Bevan Manson providing arrangements ensure both an eclectic and uber-inventive approach is used in this project. Bentyne is in excellent vocal form, singing with a creative elasticity not heard since Betty Carter Betty Carter. The project ably deconstructs Sondheim, rebuilding a hip palace in its place. Recommended listening: a rollicking "Comedy Tonight" and smashing "Send in the Clowns." 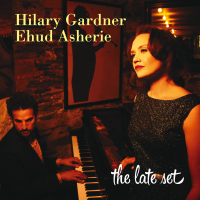 Vocalist Hilary Gardner and pianist Ehud Asherie have been making music together for the past decade. They previously performed together on the full-ensemble recording, The Great City (Anzic Records, 2014), which All About Jazz Dan Bilawsky described as, ..."a throwback date. It's a classy collection of songs that speak, saunter, and/or swing with old world charm, but it's not a look into the distant past or an overly romanticized vision of New York life. It's a collection of stories that form a big(ger) picture about the city." This is no big surprise considering the presence of Asherie, who is very much the keeper of the flame of the music and performance styles of the 1920s and '30s as a member of David Ostwald's Gully Low Jazz Band. Here, the pair address nine selections, the most recent of which is a faith reading of the Harold Arlen/Truman Capote composition, "I Never Has Seen Snow" from the 1954 musical of the same name. This is vintage music played from within itself. Nothing cute, nothing daring...that would be heresy. Listen to "After You're Gone" and imagine Gardner and Asherie doing a stride piano music recital. This is the good stuff. 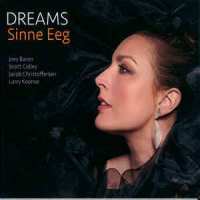 There is absolutely nothing rotten in the State of Denmark. Certainly not by any metrics applied to the music being produced by Sinne Eeg and her fellow Scandinavian jazzers. With seven previous releases, dating back to 2003, Eeg is in anything but unknown, at least by Danish standards. Her exposure is something less here in the States. At All About Jazz, the only review evidence is Dan Bilawsky's look at Eeg's 2016 recording with bassist Thomas Fonnesbæk Eeg-Fonnesbæk (Stunt Records/Sundance Music), where Bilawsky noted that, ..."Eeg proves to be an expert in the art of inflection. She stresses a lyric in unexpected yet appropriate ways, demonstrates unerring intonation and pitch control, and shows herself to be an impressive improviser and communicator. Her vocals are never overbearing, but there's no doubt about the fact that she's in the driver's seat." Those observations are as equally applicable with the present Dreams, where Eeg is found fronting a jazz piano trio of pianist Jacob Christoffersen bassit Scott Colley and drummer Joey Baron, plus guitar (Larry Koonse. No less). Her sound is solid, organic, and creative, without being experimental. Her original compositions: "The Bitter End" and "Head Over High Heels" are edgy and modern while her affinity for Cole Porter ("What is this Thing Called Love" and "Anything Goes") are respectful and fluid. This disc swings effortlessly with just enough brash momentum to gain attention. 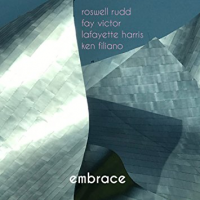 Vocalist Fay Victor has no interest in playing it safe. This is as much cast in stone with her noted collaborations with saxophonist Anthony Braxton and trombonist Roswell Rudd, appearing on the latter's Trombone for Lovers (Sunnyside Records, 2013). She is back with Rudd on the present RareNoise release Embrace. This vocal release follows closely Rudd's collaboration with Heather Masse on their exceptional August Love Song (Red House Records, 2016). Joining Victor and Rudd are pianist Lafayette Harris and bassist Ken Filiano making up an eclectic rhythm section that is at once basal and refreshingly modern. While Rudd colors within the lines here, it is Victor who steps out and gets her vocal freak on, demonstrating the inherent elasticity of jazz vocals, particularly on the ancient "House of the Rising Sun" and "Pannoica," where Victor and Rudd demonstrate that even Thelonious Monk can be deconstructed. 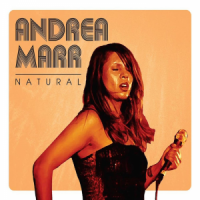 Sri-Lanka by way of Melbourne, Andrea Marr tears through a Memphis, Tennessee façade of Stax/Volt soul music, igniting a fire hot enough to melt entire musical eras. Backed by an organ-driven rhythm section and saxophone- heavy horn section, Marr reduces to rubble all in her path with a mostly original composition offering. Her nominal band is call the Funky Hitmen and one needs only to "Let's Take it to the Bedroom" to know the soul of Rock & Roll. The standards she does address (Aretha Franklin's "Rock Stead" and Marva Whitney's "What Do I have to Do?" (the latter sporting a early '70s Tower of Power vibe) sizzle with kinetic soul energy. Marr sings a full-throated brand of soul and R&B that takes what was performed in the past way over the top, and to great effect to boot. The recording is entitled "Force of Nature" for a reason and that reason is Andrea Marr.