By Jerome Wilson
October 12, 2021
Sign in to view read count
Here are reviews of releases by five talented female jazz singers. They all prove that there can be a lot of variety in the simple art of singing a song. 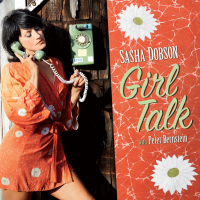 Sasha Dobson has been working as a vocalist, composer and instrumentalist in a lot of musical genres for over twenty years but here she devotes a set to her first love, jazz. She works in front of an easy-riding combo, led by guitarist Peter Bernstein. and sings in a gliding, sassy manner with a hint of Fifties hipster attitude. She includes a couple of her own breezy songs, "You're The Death Of Me" and "Better Days" which sit snugly to her sly, swinging renditions of familiar tunes likes "Softly As In A Morning Sunrise," "Sweet and Lovely" and "Girl Talk" where her friend and collaborator Norah Jones joins in on backing vocals. 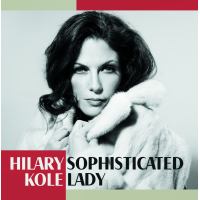 Hilary Kole is another singer who goes for a slightly retro feel but her polished sound hearkens back more to an upscale world of swanky nightclub and cabarets. Her voice is strong and refined and she is backed by a classy chamber jazz group that utilizes, flute, clarinet, guitar and vibraphone. She sings with poised drama on "In A Sentimental Mood," has a stark duet with John Hart's guitar on "Round Midnight" and explodes with brassy energy on "The Sweetest Sounds" and "The Best Thing For You." Kole has a dignified feel to her presentation but her singing can effortlessly exude cool fire.

Judy Wexler
Back To The Garden
Self Produced
2021

Judy Wexler looks backward on her latest album as well but instead of the Fifties, she reaches back to the idealism of the Sixties. She does a selection of familiar songs from the era by legendary artists like Bob Dylan, Carole King, Joni Mitchell and Paul Simon. The arrangements of these songs vary but Wexler sings them with a convincing earnestness and feeling. Many of the political songs of the period like "American Tune" and "The Times They Are A-Changin'" are sung simply and honestly over piano and strings but other tunes have more playful treatments. "Big Yellow Taxi" gets a funky makeover and "Everybody's Talkin'" uses a gentle, undulating arrangement, featuring Hendrik Meurkens on harmonica. Meanwhile Wexler's tart singing mixes a bit of soul into the ominous warning of Stephen Stills' "For What It's Worth." Her fresh versions of these old songs revive some of their original convictions effectively.

Chicago's' Alyssa Allgood has a flexible voice that mostly stays in a lightly swinging and playfully cool mode but is capable of rising up to stunning force, which she does on "This Bitter Earth" and Ray Charles' "Light Out Of Darkness." Her material here comes from a number of sources, such as Abbey Lincoln and Noel Coward, and she even contributes some of her own songs. She works with a steady trio throughout this CD that enhances the bounce and groove in her voice, particularly guitarist Mike Allemana whose gentle picking and hard riffs really enhances the contours of the singer's sound and makes it glow.

Kristin Callahan
Lost In A Dream
Self Produced
2021

Washington, DC-based Kristin Callahan's CD is heavy on mood. Her voice has a deep, plush quality brought out by the spare arrangements done by producer and bassist Eliot Seppa that rely mostly on acoustic guitar, bass and percussion. The treatments of "Round Midnight" and "Lush Life" sound shadowy and dark with Callahan's voice supplying an air of wistful regret, "Caravan" has an insinuating Afro-Latin rhythm built on bass, hand percussion and trumpet while a subtle Brazilian vibe settles over much of the rest of the session, giving an appropriate backdrop to Callahan's haunting, liquid vocals.

Tracks: Better Days; Sweet and Lovely; Girl Talk; Perhaps Perhaps Perhaps; You're The Death Of Me; The Great City; Softly As In A Morning Sunrise; Time On My Hands; Autumn Nocturne; These Boots Are Made For Walking.

Tracks: Sophisticated Lady; Old Devil Moon; The Best Thing for You (would be me); Somebody Loves Me; Make Me Rainbows; Love Dance; In A Sentimental Mood; Let's Face the Music and Dance; Round Midnight; It's You or No One; The Sweetest Sounds.

Back To The Garden

Tracks: Get Together; Up on the Roof; American Tune; Big Yellow Taxi; The Times They Are A-Changin'; Since You've Asked' For What It's Worth; Everybody's Talkin'; Forever Young; Who Knows Where The Time Goes.

Tracks: There Are Such Things; Enclosure; Should've Been; Memories; This Bitter Earth; Mad About The Boy; Time Found; Bridges; Try Your Wings; Light Out Of Darkness; For All We Know; Passing Glance.

Lost In A Dream

Tracks: Lush Life; Memories Always Start; Round Midnight; Softly, as in a Morning Sunrise; Lost in a Dream; Caravan; The Shadow of Your Smile; Once I Loved.