By Gareth Thompson
March 14, 2021
Sign in to view read count
The twin forces of ice and fire have long existed in Nordic mythology. In the twenty-first century, northern European music has offered stark contrasts too, with a scene as vibrant and compelling as any on earth. Labels such as Hubro, Odin, Rune Grammofon and Jazzland have brought us many artists with a common grounding in jazz and styles far beyond. On a first listen there is more that separates Hedvig Mollestad and Kjetil Mulelid than unites them, but no Norwegian story is that simple. Both artists create within their own magical kingdoms, whether their primary influence was Black Sabbath or Claude Debussy. 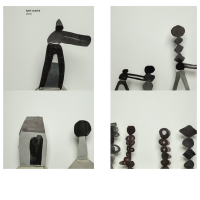 Kjetil Mulelid, curiously, was initially stirred by the classic rock of his older brother's record collection. He later enrolled as a guitarist in high school, but was introduced to the music class as a pianist, having also played keyboards at his audition. He resisted piano until a teacher showed him boogie-woogie and blues, to supplement an early awareness of classical composers.

Piano is Mulelid's first solo outing and reveals a virtuosic player who never feels showy. Espen Eriksen and Espen Berg might offer quick comparisons, but the melodic waterfalls conjured by Mulelid are often far more turbulent. Flowing runs harden into a sudden brilliance, as on the opening cut "Beginning" with its gleaming sweeps. "Skjong" becomes a skittering stream, "Dancers" has playful thumps, whereas the noirish tints on "Point Of View" really do suggest Eriksen. Then the relaxed and poetic numbers such as "Love Story," "For You I'll Do Anything" and expressive lament "Sailor's Song" feel like nature thawing out, allowing new life to flourish. Performing with austere grandeur, Mulelid inhabits his own sacred space for these intense works. 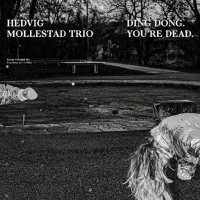 Hedvig Mollestad follows her first solo album, Ekhidna, by rejoining her core trio for Ding Dong. You're Dead. A precocious talent, she got her first guitar and amp as a Confirmation present. If the Holy Spirit entered Mollestad's work at that point, then other more pagan creeds have also seeped in down the years. Drawing on heavy rock and jazz-fusion, her fretwork is rather more riff-heavy than slinky soloists such as Allan Holdsworth or Mike Stern. Mollestad's tracks are like volcanic eruptions, bassy and rumbling, bringing a real armed invasion of sound.

Her latest mystical journey has both madcap flavours and eerie experiments. "Leo Flash's Return To The Underworld" opens on fuzzy riffage overlaid with a strutting rhythm. "All Flights Cancelled" is busy and buzzing, then the title track turns cabbalistic amid darkly brooding drums. "Four Candles" glowers with a similar nocturnal tension, "Gimbal" stays haunting and guttural, whilst the band stalks each other through a psych-jazz underworld on "Magic Moshroom." As ever, primal forces are fully present in Mollestad's work, like flames to brighten the blackest sky.

In their differing ways, these two excellent albums remain vehement without being overblown. Fans of one should scarcely have cause to reject the other.