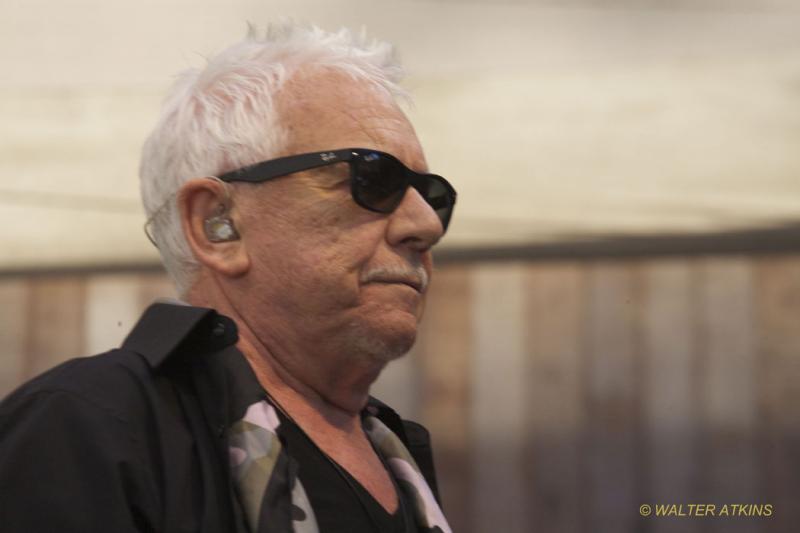 Stay true to yourself. Never play to the market. Listen to as much music as you can and know your roots. Give it all you’ve got.
&#151Eric Burdon

Eric Burdon's raw unmistakable voice, that gave the world blues and rock gems like "We Gotta Get Out Of This Place" and "Misunderstood," helped to fuel the 1960's British Invasion. Burdon and the Animals will be performing Sunday at San Francisco's Stern Grove Festival as part of the ongoing "Summer Of Love" 50th Anniversary celebration.

All About Jazz: How does it feel to be back in San Francisco performing at the Stern Grove Festival with the Animals?

Eric Burdon: It's always nice to return to San Francisco. I have many great memories of this city. I've heard so many good things about Stern Grove and definitely looking forward to performing there.

AAJ: Five decades later, people are still digging your music. What do you think are the reasons for this impressive longevity? Would you compare the current music scene to the late 60s when you lived here?

EB: I never really lived in San Francisco but I was a regular visitor so you could say I was a part-time resident alien. I was so inspired by the City that I wrote a song about it. It got me into some trouble for suggesting the evenings were warm and people started arriving unprepared for the weather! It also upset some locals for allegedly causing a flood of hippies to storm the city. Seriously though, the place was alive with great music from the Grateful Dead to Jefferson Airplane. Very innovative and very psychedelic. Unfortunately, I am not that familiar with the current music scene (in the San Francisco Bay Area).

AAJ: Are you planning to celebrate the City's "Summer Of Love" 50th anniversary in a special way?

EB: I have been celebrating the Summer of Love for fifty years now. I wouldn't wait for an anniversary to dust off my dreams of peace and equality.

AAJ: Describe how the music industry has changed since those early British Invasion days?

EB: How has it not changed?? In those days, if a label was behind you, they would do everything they could to get you on TV, on the radio, stock record stores and then keep all the profits for themselves. Now, it's all internet and downloads and spotify and you still don't get to keep your money. (laugh)

AAJ: How does the chemistry with this edition of the Animals compare to the early days?

EB:The chemistry is great. We met in a studio for an audition and before we even introduced ourselves, we were recording together. It was absolute magic from the start. They all seem happy to be playing songs they grew up listening to and they reintroduced songs to me from my past catalogue that I had forgotten about. Everyone gets their moment to shine on stage and everyone rises to the occasion.

AAJ: What impact has the new digital technology had on your music?

EB: It's fun to experiment with sounds with a click of a button but I like to keep it real. Therefore, technology hasn't changed my approach much at all. I still like to record in the room with everybody playing 'live' at the same time. I recently put my version of Stephen Stills' Buffalo Springfield classic, "For What It's Worth" up on my website for my fans to stream while I'm still working on the mix. It gives the listener a chance to take part in the process in real time. That's something you couldn't have done fifty years ago.

AAJ: As an elder statesman, any words of wisdom for the new artists ?

EB: Stay true to yourself. Never play to the market. Listen to as much music as you can and know your roots. Give it all you've got.

AAJ: How did you hook up with WAR, and what was it like working with them?

EB: I was in LA looking for a new sound and I found it in a small club in Long Beach. I knew it was the direction I wanted to go, incorporating African and Latin rhythms, with jazz improvisation. The band was huge so it wouldn't work on the road. I had to make some difficult decisions and pare it down a bit. It was an eclectic mix of musicians from various backgrounds and together, we came up with a brand new sound.

EB: I love the cool desert vibe of Calexico. They are still one of my favorites. Alabama Shakes, Gary Clark Junior, Ben Harper, always. I was a huge fan of Amy Winehouse and it was sad to hear of her passing. Each one of them has a unique sound and is true to their roots.

AAJ: Your celebrated career has covered several decades. What would you consider some of the highlights?

EB: I've had the opportunity to share stages with many of my heroes, from the late, great Chuck Berry and John Lee Hooker to Jimi Hendrix, Otis Redding and Jimmy Witherspoon, to name a few. I've been honored by some of the greatest contemporary artists, including Bruce Springsteen, Patti Smith and Iggy Pop. But playing to a receptive audience is the highest honor of all.