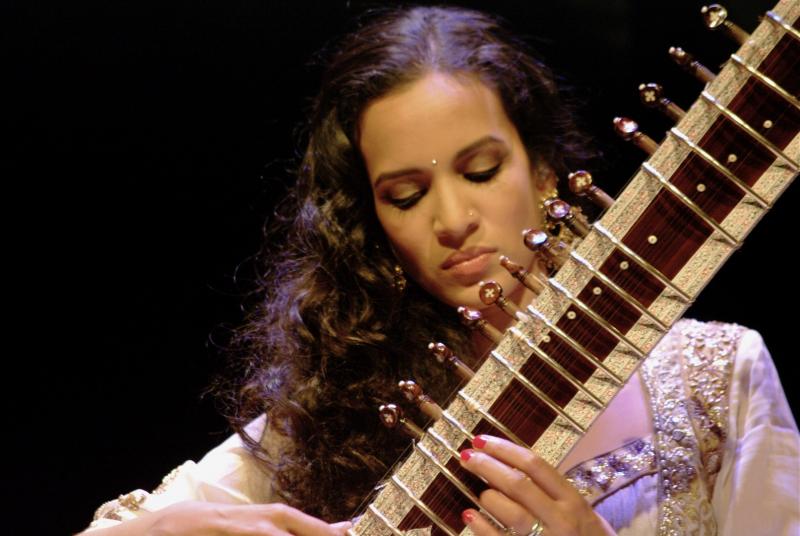 Enjoy Jazz Festival
Heidelberg/Mannheim/Ludwigshafen, Germany
October 2-November 18, 2011
Colin Vallon Trio
The performance of the Swiss trio surprised from the onset, through their pronounced experimental character. Other than the steady narrative flow featured on their most recent album Rruga (ECM, 2011), the show became a fairly staccato exercise that combined pianist Colin Vallon's restrained, intellectually interpretive style with picks of chords and rash chafes of the cymbals that gave a transparent texture to an instrumental dialogue at times penetrated by melodic peninsulas.

The drums, played by Samuel Rohrer, offered a somewhat dissipated backdrop for Patrice Moret's very present bass lines that followed the meanderings of the piano in and about the theme, in which passages of retained lyricism were alternated with furious left-hand accents, brought to climax by obsessive crescendos.

The show ended with "Fjord," a well-tempered ballad with energetic, rhythmical bouts like wild gusts of wind that whirled the sands of a deserted beach, lending the evening the tinge of a tempestuous experience.

The low tides of "Skala," the first track of the evening from the eponymous album (ECM, 2011)—sustained by Andreas Ulvo on piano and Audun Erlien on bass, and pierced by the solitary high tones of Mathias Eick's trumpet—acquired the solemn stance that is bound to bring about the birth of a new jazz standard. The theme engulfed the solo performances in a continuous sonic flux that gained an almost 3D spatiality through the compact interaction of the two drum sets played by Torstein Lofthus and Gard Nilssen. 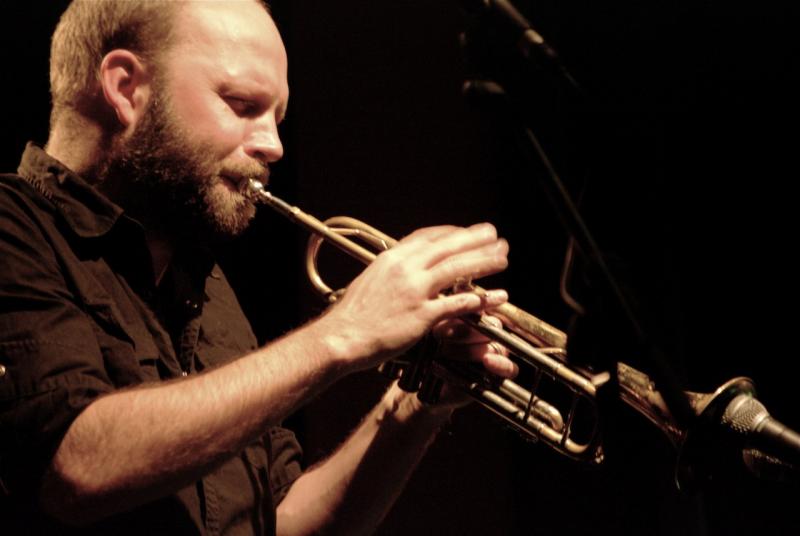 The haunting tones in "Oslo," mixing Radiohead influences with a touch of minimalism in a synthesis that gained elegiac dimensions, became gradually energized by an inner bass combustion that merged diffuse tones of earth vibrations with highly tuned static.

"Edinburgh" opened on an energetic note, creating a world of airy mazes floating over misty waters transported languidly by the constant lyrical flow, a trace that unmistakably marks the sonic stamp of the group in which the spatial dialogue of the drums deepens the feeling of living inside the music.

The visual impact of Anoushka Shankar's stage presence was so strong that one could forget for awhile that one has come to the show to listen. The gracefully seated figure in the middle of the stage gradually drew the attention to the hands that were touching the sitar chords with expert lightness, as if caressing the neck of a swan. The encounter of raga and flamenco, two styles belonging to cultures so different in their musical heritage—upon which the concept of the recently released album Traveller (Deutsche Grammophon, 2011) is based—was a striking idea soon confirmed by her performance of that album's osmotic fusion.

With the first piece, Shankar engaged in a delicate prelude, modulating in concentric waves as if exploring the possibilities of the instrument. Each idea was developed during the evening with the languor of a lotus flower opening in the morning dew, reaching its full potential in a masterful performance with the technical versatility needed to engage and explore the deep wells of her musical and emotional sensitivity.

The musical territory was allotted rhythmically to the flamenco beats, while the melodic part was carried by the traditional Indian tones. Later on the sitar entered in dialogue with a Cajun feeling to join in an Oriental groove, rhythmically sustained by ample flageolet-like notes.

In the end, "Bhairavi," conceived in a tensioned crescendo masterfully enforced by the complex rhythmical interference, opened a world where solid Indian texture, sustained by Sanjeev Shankar on shehnai and Kenji Otaon on tanpura, was permeated by colorful silken threads of melody that kept on floating lightly in the air long after the show was over.

One of the festival's permanent guests, performing at Enjoy Jazz for the 10th time, Ronin opened the show with "Module 47" with a subdued tension that seemed to emerge from the depths of consciousness, but soon made it clear that this was not going to be in the style of Lyria (ECM, 2010) we were witnessing a year ago.

The sonic matrix, bubbling like ancestral magma, was pierced at intervals by explosions of sheer energy marked by Kaspar Rast's down beats in conjunction with Andi Pupato's spectacular percussion effects, gravely augmented by Sha's bass clarinet. The result was a densely agglomerated concoction emerging repeatedly into a new sound dimension. The musical phrasing acquired a more incisive, and less sequential, quality, a highly dynamic structure that was underlined visually by blue light flashes permeating the eyelids. 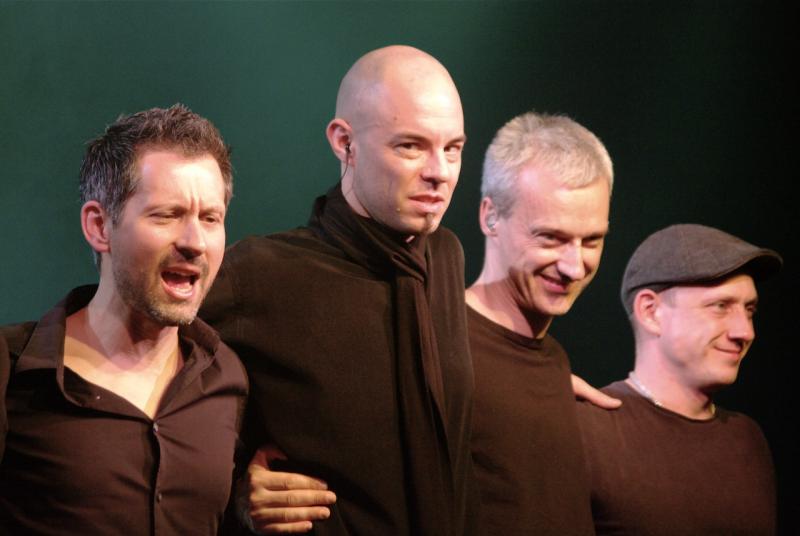 Nik Bärtsch's alienated effects on piano and Rhodes, augmented by Thomy Jordi's energetic bass line, were controlling and channeling the flood tide, potentiating at the same time the symphonic complexity of the performance. With Ronin there is no such thing as a single instrument or a solo performance; all throughout the show the band moved forward in compact progress, with the graceful purposefulness of the legendary Japanese warrior.

Enrico Rava's trumpet opened the evening with a stormy gust, backed by the accelerating groove of the rhythm section, to slide into an energetic dialogue with Gianluca Petrella's trombone; a felicitous conjunction that would dominate the show.

Giovanni Guidi on piano, Gabriele Evangelista on bass and Fabrizio Sferra on drums offered a solid point of rhythmical reference, emerging from a calm groove into explosive instrumental interventions that gave the performance a high degree of compactness.

Rava's characteristic sober notes, with just a touch of tenderness, emulating Miles Davis in style rather than in tone, represented a challenging creative input for Petrella, who augmented, even aggravated the trumpet sonorities by adding to them a salty, untamed edge. The firm, dominating lead of the trumpet and the tones were carried over by the trombone, fading then in stray echoes. 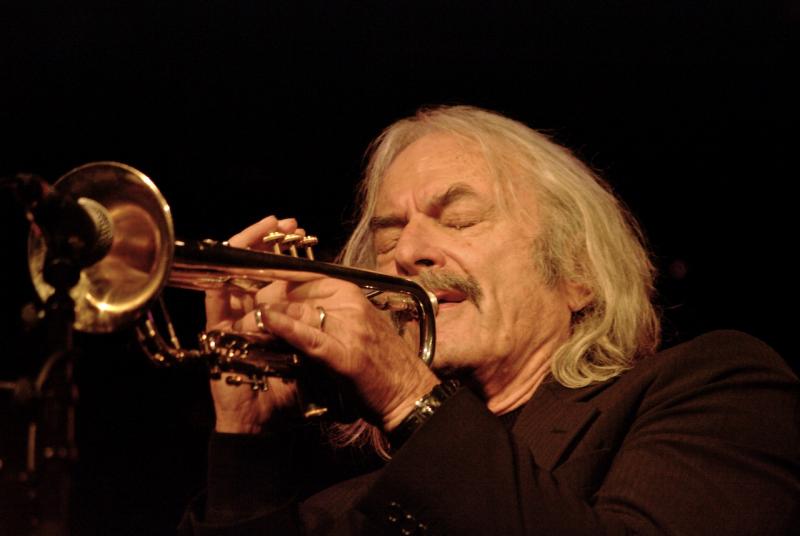 Disjunctive sonorities, meeting in a single point of harmony and then parting again, merging at times—were reminiscent of a compact brass section moving in unison, like two fighters clenched in an ardent competition of tones.

The PUNKT Festival performances, already part of the Enjoy Jazz tradition, illustrate in a most eloquent way the tight connection of the two festivals. This year a group of PUNKT musicians, also including Jan Bang and Eivind Aarset, had been invited for two evenings to resample the show of Minibus Pimps, and do a reading from Psycho performed by the German actor Matthias Brandt accompanied by pianist Jens Thomas. The re-sampling sessions were performed in separate rooms immediately after the original shows, whereby the atmosphere of tensioned expectation was increased Jan Bang's shortly announced unavailability.

Minibus Pimps, consisting of John Paul Jones and Helge Sten on laptop, brought a sound experience made of spherical harmonies where the vibrant flow was permeated by Jones's guitar and e-violin interventions, as if life music was entering the planetary sonic background in search of new forms of expression. The show left the feeling of a primeval journey towards the origins of sound, a highly pressured stellar symphony pierced by solitary picks of chords. The consequent reaction was of cheers and booing alike.

The dark, empty room on the second floor where Erik Honoré and Sidsel Endresen continued the performance was the perfect choice for a musical experience that was approaching a different layer of perception. As the room filled, Honoré's sound processing was gaining an airy, ethereal dimension, as in a dreamy pursuit of catching the sound in full flight.

Sidsel Endresen's precise modulations of the newly-born sounds were like cresting waves of lyricism that touched their essence for a moment, before being released back into the abyss of their origins, while her hands moved in a choreography of playing piano and choosing chords as if grasping the ancestral harmonies. As storms of sampling took over, the vocal discourse became discontinuous, re-inventing the human musical language, probing its limits in order to meet the processed sound midway through a natural process of voice digitalization. The surreal performance left one with the feeling of having trodden a virgin musical territory.

When Sonny Rollins walked onstage, the audience in the elegant theater's auditorium froze for a startling moment—the brief moment of common realization that it was witnessing jazz history. The jazz titan bowed and began telling the story of jazz and the story of his life in a firm and tender saxophone elegy, punctuated by moments of respite in which he was listening respectfully to the solos of his band mates: Russell Malone on guitar, Kobie Watkins on drums, Bob Cranshaw on bass and Sammy Figueroa on percussion.

Sonny Rollins' solos took one to the Harlem clubs and onto the bridge where he used to rehearse, and made one think of Miles Davis' words, recorded in his autobiography: "Sonny Rollins was a legend, almost a god to a lot of the younger musicians. Some thought he was playing the saxophone on the level of Bird. I know one thing—he was close. He was an aggressive, innovative player who always had fresh musical ideas. I loved him back then as a player and he could also write his ass off..."

Perfectly sustained by his crew, The Titan revisited some of his favorite themes—like "My One and Only Love"—with a softer note, and added to their beauty by using a quieter, more reflexive pace; elaborated masterfully on more actual standards and closed the concert by singing: "Falling in love again, never wanted to, what am I to do? Can't help it." Master, we can't help but thank you for sharing with us a few precious moments of your wondrous existence!