For Anoushka Shankar, there is legacy and then there is destiny. She is equally respectful of both, but bound to neither. Her ever-growing audience cannot help but acknowledge the familial roots of the young woman coaxing spellbinding spiritual sounds from her sitar, but neither can they deny that she is an innovator in her own right. Her name may have brought her to the stage for the first time as a young girl, but it is her talent and vision that have kept her there. Schooled in the Indian classical music tradition by the greatest teacher any student could hope to have, maestro and father Ravi Shankar, Anoushka had already dazzled thousands with her accomplished musicianship by the time she had reached her teens. "The younger Shankar revealed herself to be a remarkably promising sitarist," said Time Out New York magazine of the 16-year-old Anoushka in 1997, while a few years later Dubai's Gulf News Panorama noted, "She has accomplished far more than many musicians would do in a lifetime." Anoushka made her recording debut at 13, appearing on the album In Celebration, a tribute to the works of Ravi Shankar. Two years later she made her debut as a conductor on her father's Chants Of India album produced by close family friend, George Harrison. Anoushka, her 1998 solo debut, established the younger Shankar as something of a prodigy. That same year, the British Parliament awarded Anoushka with a House of Commons Shield, making her both the youngest and the first female recipient of that high honor. Anourag (2000), Anoushka's sophomore release, expanded upon and refined what she had offered on the debut, and 2001's Live at Carnegie Hall truly brought Anoushka into the international spotlight, garnering her first Grammy nomination and making her the youngest person ever nominated in the World Music category. Although she did not release any new recordings under her own name for the next four years, Anoushka was by no means idle. In 2002, at the historic Concert for George, a tribute to the late George Harrison in London, she conducted a new composition of her father's, "Arpan," which featured a guitar solo by Eric Clapton. Anoushka also performed Harrison's "The Inner Light" that evening. That same year saw the release of Anoushka's book Bapi: The Love of my Life, an intimate biographical portrait of her father's exceptional journey, as well as a BBC-produced telecast documentary Anoushka Shankar: Sitar Trek, a 30-minute glimpse of life on the road with the emerging queen of the sitar. In 2004, Anoushka earned a best supporting actress nomination from India's National Film Awards for her debut role in Dance Like a Man, a film by the Delhi-based director Pamela Rooks. Also in 2004, leaving no doubt that Anoushka's impact was being felt around the world, she was chosen as one of 20 Asian Heroes by the Asia edition of Time magazine. 2005 brought a return to the recording studio and the release of her fourth and most ambitious album, Rise (Angel Records). Previously, Anoushka had recorded and performed primarily as a soloist, interpreting the music of her father. Rise marked a breakthrough for Anoushka who composed, produced and arranged the album. For the first time she performed with a handpicked ensemble comprised of several other brilliant musicians, elevating her music to a new level. "I felt like I was rising into that," she says. "Rise signified growth. It was a step up for me. Not even up, just more into my own." When Rise arrived, it marked a radical departure for Anoushka. Although she still loves performing in the Indian classical realm and continues to work closely with her father, Rise was all about Anoushka finding her own musical voice. On the album she fused East and West using both acoustic and electric instrumentation to take her music someplace altogether new. It received glowing reviews throughout the world and gave Anoushka another Grammy nomination in the Best Contemporary World Music category. Anoushka also became the first Indian to play at the Grammy Awards when she performed a piece from the CD at the pre-telecast ceremony in February 2006. Anoushka toured extensively in the wake of the release of Rise, working with a band and expanding on the concepts she had brought to the album. "Rise was very freeing," Anoushka says. "I feel like there are so many things I'm starting to do now creatively. Seeing people connect to the middle ground that my music now exists in, it's really inspiring me. I'm thinking in alternate ways. I've been working on a lot of music since then, pushing further, trying to see how far I can go." Those who witnessed Anoushka's own rise throughout the years could not have been too surprised to see how far she had come in so short a time. Born June 9, 1981 in London, Anoushka recalls that it was actually her mother, Sukanya Shankar, who encouraged her to train on the complicated Indian stringed instrument that Anoushka's father had made world-famous. She first sat down with a sitar, custom-made to accommodate a child's hands, when she was only eight. Further is the only direction Anoushka Shankar knows. "I'm pushing the envelope on a personal level and trying to see how far I can go," she says. "On the one hand it means so much to me explore the Indian Classical music my father taught me, and on the other hand I am so deeply excited to be discovering my own creative voice, and I hope to be able to explore and express it to my full potential. I really hope to create that balance, because that is who I am. And at the end of the day," she concludes, "you've got to be making music because you love it, and because it's honest." 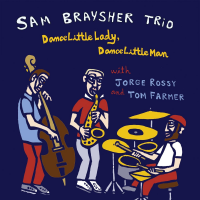 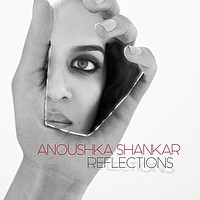 Esoteric, eclectic and prolific, the Indian sitarist and composer Anoushka Shankar has mapped out an intriguing artistic path by delivering intriguing music that has veered between the modern and the traditional. Her ambitious, progressive and multicultural musical world view has been growing exponentially from a record to record and has taken her on a path of ...

Over twenty years, Anoushka Shankar has grown into one of the world's leading sitarists. She has long been omnivorous in her musical tastes and this has resulted in a journey without borders. A daughter and student of the late Ravi Shankar, who almost single handedly introduced Indian music to Western musicians and audiences, she has nonetheless ... 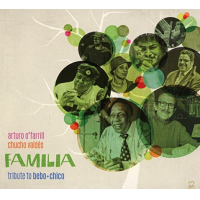 Traces of You" concert live in Dortmund 2013
14
Article: Live Review

OFFestSkopje, MacedoniaJune 1-6, 2013Now in its 12th year, the younger sister of the Skopje Jazz Festival has been presenting a more contemporary or 21st century type of world music, where the music is a result of an accelerating fusion, a combination of local traditions with ideas and technologies from afar. It is even ...