By ROGER FARBEY
November 20, 2016
Sign in to view read count 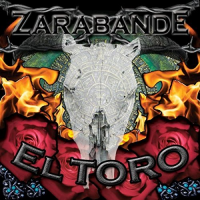 Alfred "El Toro" Flores has been on the San Antonio music scene for more than 30 years, playing in a number of different bands and genres. He's also something of a multi-instrumentalist, in addition to marimba, he plays vibraphone, xylophone and guitar. El Toro reflects Zarabande's proclivity for his own brand of electrifying Latin jazz.

On the rumbustious opener "Ogun," Mark Little is first heard with some McCoy Tyner-esque broad piano flourishes, followed by Flores's malletKat which on this number sound like steelpans, thus perfectly illustrating the versatililty of the electronic instrument. The malletKAT is actually a digital MIDI percussion mallet controller that can emulate both marimba and vibraphone.

"Zarabande" introduces some fine vibes/marimba interaction and on the rocking "The West Wind" Alfred Flores stretches out on the marimba and at times his playing is reminiscent of the extraordinary sounds Ruth Underwood produced on that instrument in the context of Frank Zappa's 1970s-era line-ups.

Pete Ojeda gives a resonating bass guitar solo on "The Painful Truth" and the slow, sultry ballad "Praise" gives way to Mark Little's relaxed piano on the mid-tempo "Giant" followed by an eloquent solo by Flores and some skittish interplay between the two instruments.

The lively title track benefits from a labyrinthine melody and some remarkable marimba soloing and an attractive repeated ensemble section mid-way through. Concluding this set, "Bebé" features Joe Caploe's florid vibraphone work and Flores's' vibrant marimba. Flores's should be rightly proud to lead this consistently solid group playing exuberant, all original compositions for the heart and the head.