By MARK CORROTO
September 24, 2011
Sign in to view read count 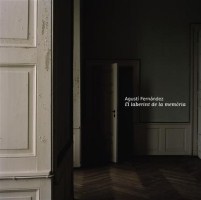 An improviser's take on 20th century Spanish classical music might seem like odd subject matter for a worldclass free jazz pianist like Agustí Fernández, but El Laberint de la Memòria ("The Labyrinth of Memory") testifies to the artist's imagination and facility.

In addition to being a member of several of Evan Parker's ensembles, recent sessions by the mega-talented Fernández's have included Joe Morris' Ambrosia (Riti, 2011), Peter Evans and Mats Gustafsson's Kopros Lithos (Multikulti, 2011) and, with the pianist's famed trio of Barry Guy and Ramón López, Morning Glory (Maya, 2011).

Fernández was commissioned by Mbari Música's label chief João Santos to create a solo recording with a starting point of Spanish regional themes, mostly fragments of nostalgia in minor keys and slow rhythms. The pianist internalized the sounds, patterns, and more importantly the emotions of the Spanish piano tradition to deliver a document not unlike another famed improviser's reflective recording, that of Keith Jarrett's The Melody At Night, With You (ECM, 1999). Like Jarrett, the pianist reins in his technique in service of his forefathers and in honor of memory. But, that is not to say that this is anything but an Agustí Fernández recording.

His gift for free improvisation is not silenced so much here as it is channeled into a Spanish tradition. While each track here is a Fernández composition, he has maintained the emotion of the regional music on pieces like "La processó" and "Tonada." Indeed, he is conversant with classical themes as on "Porta de Mar." He also allows himself to play with the percussive hammers of the piano's insides on "Pluja Sorda" and the strings with "L'esmolador." The pianist's fingers dance through "Evanescent" picking and jumping notes, not with abandon but with a purpose to service the memory and lexicon of Spanish music. That which could be inhibiting is actually liberating.