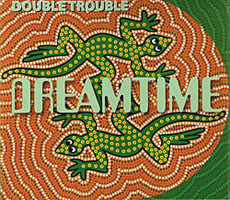 Reel Recordings has excelled in the business of audio restoration, as this 2CD/DVD set goes to show. On one level, Dreamtime is no more than a footnote in British jazz, but not only did the band feature some potent soloists, it was one of the few to bridge the divide between composed and free music with aplomb and depth of understanding.

Of the CDs' two live sets, the 1984 Bracknell Jazz Festival recording from July, 1984, on the first disc, is the more focused of the two. Certainly there's a collectively willed cohesion to the music that the later set seems to lack: Trombonist Nick Evans—a charter member of pianist Keith Tippett's group, some fourteen years prior—is outstanding on "Duos / Dalbe 345," with its heady mixture of ebullience and profundity underscoring every turn. Alto saxophonist Gary Curson also puts in his most potent work of the set here.

The reading of Harry Miller's "Traumatic Experience" offers a clue as to where the band was coming from: the influences of both South African jazz, as defined by the school of pianist/composer Chris McGregor; and the Dutch jazz espoused by saxophonist/composerWillem Breuker, inform Dreamtime's work even while it carves out its own identity.

The expanded lineup of the second set (from July, 1991)—including trombonist Paul Rutherford and saxophonist Paul Dunmall—often lacks fire, as if the quality has somehow been diluted amongst the greater number of musicians involved. That's not to say that the music isn't worthwhile: Roberto Bellatella's "Call The Devil" is handled with a collective energy that probably caused the bandstand to levitate, but in comparison with the first set, the music often sounds like hard work for the musicians.

The DVD moves the story forward to May, 2006 with the only known footage of the band, but looks back at what had gone before by documenting a memorial concert for saxophonist Elton Dean, with the addition of Tippett (Dean once was, alongside Evans, in the pianist's band). It might be all about wheels within wheels, but when a night was as musically hot as this one, it ultimately makes for the most joyous sadness.